This is How to Trade Through Volatility: Trading Through the 2008 Crisis

10 years ago, markets presented opportunities that we haven't seen since — if you were disciplined and poised to take advantage. It's a bit ironic that on the tenth anniversary of the 2008 financial crisis, we are seeing current markets go a little haywire.

In this documentary, we talk with five traders about what it was like to trade through the 2008 financial crisis, how they adjusted and what their thoughts are for markets 10 years later. You are not going to want to miss it.

The 3 Best Resources to Improve Your Trading Now

But with markets closed, now's a good time to reflect on what went right last week and what you can improve for next week. To do that, we've compiled our favorite resources of the week. Here are three resources to help you trade better — all of which can be reviewed in less than an hour.

They include a look at what separates successful traders from struggling traders, a video interview with a 35-year investing legend about how to build a career in trading, and the latest Limit Up podcast with about finding your trading stride.

40 Year Trading Veteran Shares His Secrets to a Long Career - Limit Up! with Yra Harris

Posted by TopstepTrader on November 22, 2017 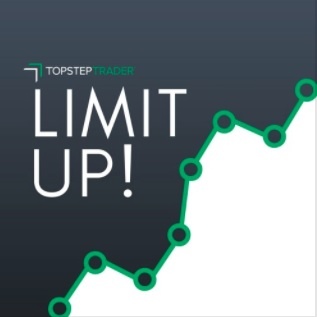 In 40 years of trading, one of Yra Harris' best trades was a huge loser. In the days of the European Exchange Rate Mechanism, he had expected the British Pound ($6B) to be pegged to the ERM at a certain level - taking a position to express that view. But the market had a different view - and the position quickly went against him. It's what he did next though that saved him.

He got out. As quickly as possible and at whatever cost. Sure, he took a loss, but he also saved his account in the process.

That story solidified Yra's belief that listening to the market is the key to long-term trading. Hear Yra talk about that experience, other lessons he's learned over 40 years of trading, and his outlook for 2018 in the most recent episode of Limit Up! Give it a listen - and be sure to subscribe on iTunes or Android Play.