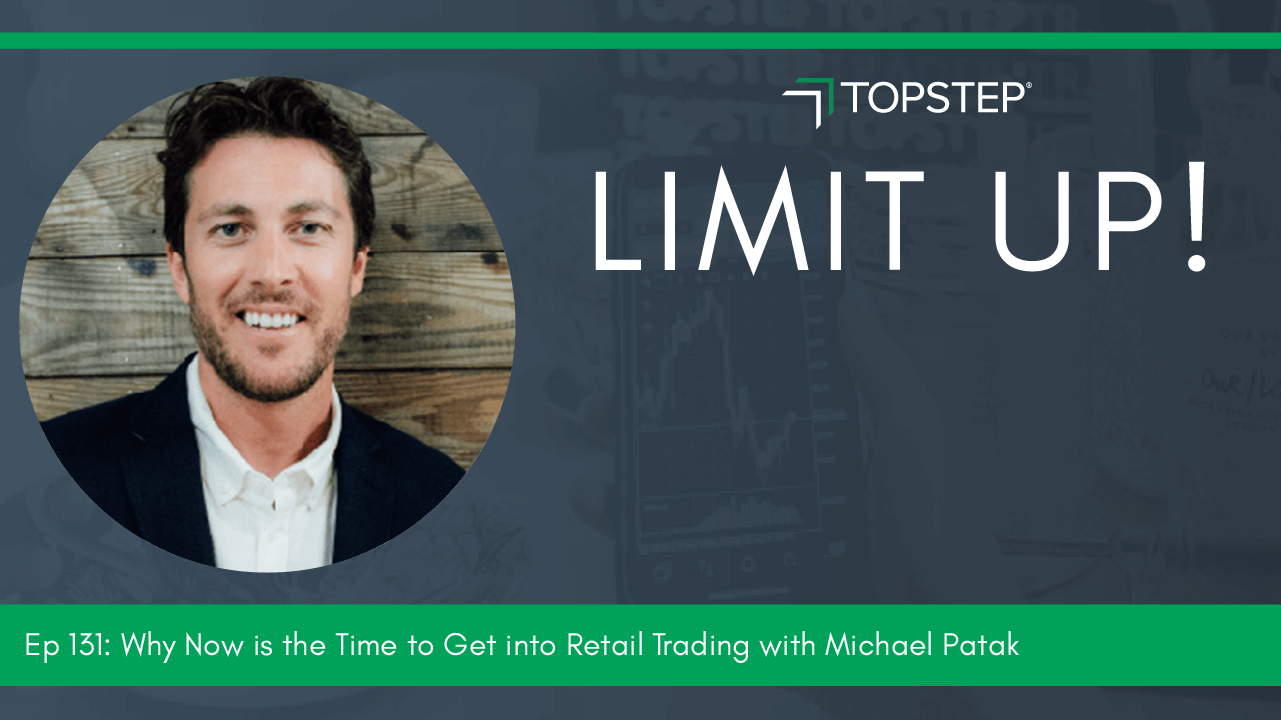 Are you curious about retail trading? There’s never been a better time to get started. Our guest this week is TopstepTrader founder and Chief Vision Officer, Michael Patak. Michael is here to discuss why retail trading is seeing a resurgence and strategies you can employ to ride the wave. Listen in because we’re also reflecting on the market and what is going on with Boeing and Hertz.

Since its heyday in the 80s, retail trading hasn’t been hugely popular. But now, especially in the last two months of market fluctuations, retail trading seems to be entering a new golden age. It wasn’t even the pandemic that got this ball rolling, Younger generations have been dipping their toes in the industry ever since the boom of crypto.

This week on Limit Up! we’re joined by TopstepTrader’s very own founder and Chief Visionary Officer Michael Patak. Michael chatted with Jack and Dan about why retail trades are suddenly so lucrative as well as some strategies he employs to trade successfully. Stay tuned for reflections on the market and a discussion on what’s going on with Boeing and Hertz.

Michael Patak is the Founder and Chief Vision Officer of TopstepTrader and the Co-Founder of mobile trading platform BLUECHXP. Prior to founding TopstepTrader, Michael was a trader for several years.  In 2015 he was a semi-finalist and in 2016 a finalist for the Ernst & Young Entrepreneur of the Year Award. In 2017, Inc. Magazine ranked TopstepTrader No. 1,261 on its 36th annual Inc. 5000. You can find Michael on his own Instagram and he makes frequent appearances on the TopstepTrader Instagram account.

If you'd like to receive new episodes as they're published, please subscribe to Limit Up! in Apple Podcasts, Google Podcasts, Spotify, or wherever you get your podcasts. If you enjoyed this episode, please consider leaving a review in Apple Podcasts. It really helps others find the show.