Which Market Is Right For You? Part-1 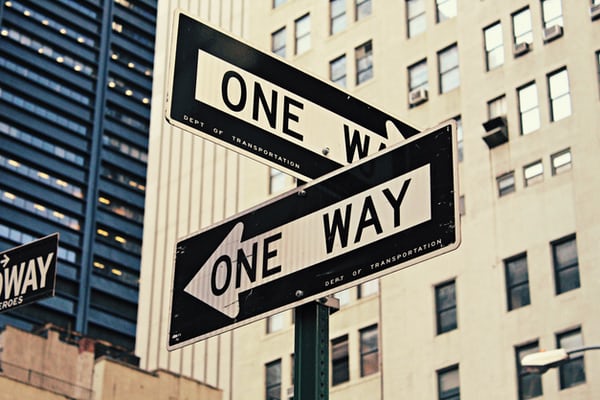 When traders become involved with futures and forex, there is often a draw to a wide range of markets. For instance, many traders go into futures looking to trade equity index derivatives like the e-mini S&P 500, however, sometimes after a slow start, or because of account size, they drift into other markets trying to find an edge. Likewise, currency traders who start trading a major pair may eventually begin to look at other pairs, wondering what other exchanges may have to offer them. Today, we will examine one of the most necessary criteria for determining which markets might be right or wrong for you.

One of the first things to consider when choosing a tradeable market is the size of your account against the potential markets to trade. Too often, traders will go after a popular market. However, just because a market has the highest volume and is well written about doesn’t mean that it’s for you.

Let’s take a real example of a trader I knew who began to trade the Emini S&P 500 contracts with an account size of $2,500. Each handle (four ticks) of movement was valued at $50 on a single contract, which amounted to 2% of this account’s actual value. Therefore, the trader’s education was interrupted and his learning process came to an end because he did not have an appropriate account balance for the market he was trading.

Consider that well-attested models suggest risking 1 or 2% on a single trade. For this man, that meant he could only take $50 of risk for each trade, or four ticks. Anyone who follows the index futures knows that four ticks often move in a single flash. Hence, on multiple occasions, as this man was entering a trade looking for confirmation on his entry fills, he was simultaneously stopped out. Furthermore, this type of risk parameter limited him to only scalping the markets. While scalping might be rewarding for some, it is not for everyone, the closest four ticks on any market are usually more random price action.

Secondly, once this man realized that scalping while risking a handle was not going to be his ticket to success, he began to take on further risk. Rather than trading for a $50 stop, he increased his trade risk to $150 of risk, or three handles, which amounted to 6% of his accounts worth. After three losing trades in a row, which inevitably came, he was down nearly 20% of his account value.

You Don’t Need To Trade The Biggest Market

To make matters worse, his problems were compounded because he could only trade a single contract, so he was never able to learn how to maximize profits by scaling out and allowing a winning position to run.

Perhaps his biggest mistake was insisting that he had to trade what he considered to be the sexiest benchmark of futures trading, the S&P 500. Fortunately, the S&P 500 futures now have a micro contract, which fit much better with a small account, however, for this trader, the damage was already done.

What this trader might have done as an alternative would have been to determine which market(s) are suitable for his account size. Chances are, if it's a futures market and you don’t have enough of a balance to hold a position overnight, but depend on day trading margin, that your account is underfunded for this market.

Alternatively, if very small moves in the market you are trading are causing you to get stopped out very shortly after entry because your risk parameters are too tight then it is likely that a different market may benefit you.

The good news is, now that micro futures contracts are available, there are opportunities for traders with smaller accounts. Furthermore, with Forex markets, trades can be divided into very small increments, permitting even very modest accounts with viable options.

Another example comes from a trader who became deeply interested in U.S. Treasury futures, particularly the 30-year bond and 10-year notes. This trader wanted to hold positions for an hour or longer while trading multiple contracts. Unfortunately, this was hard to manage in an account of around $7,500. However, this trader had learned many of the fundamentals and patterns of these markets. When she was advised to try her same strategies on the 5-year note, which trades in a more modest fashion, this trader found the key to success. She was able to use much of the knowledge she had gained from the larger Treasury futures on a contract that was much more suitable to her needs.

These factors are not the sole criteria for determining your market, but are important variables in the process of becoming a successful trader with an identifiable market. Stay tuned in the upcoming weeks for more tips on how to identify the right market for you.