What Happened to Crude Oil? 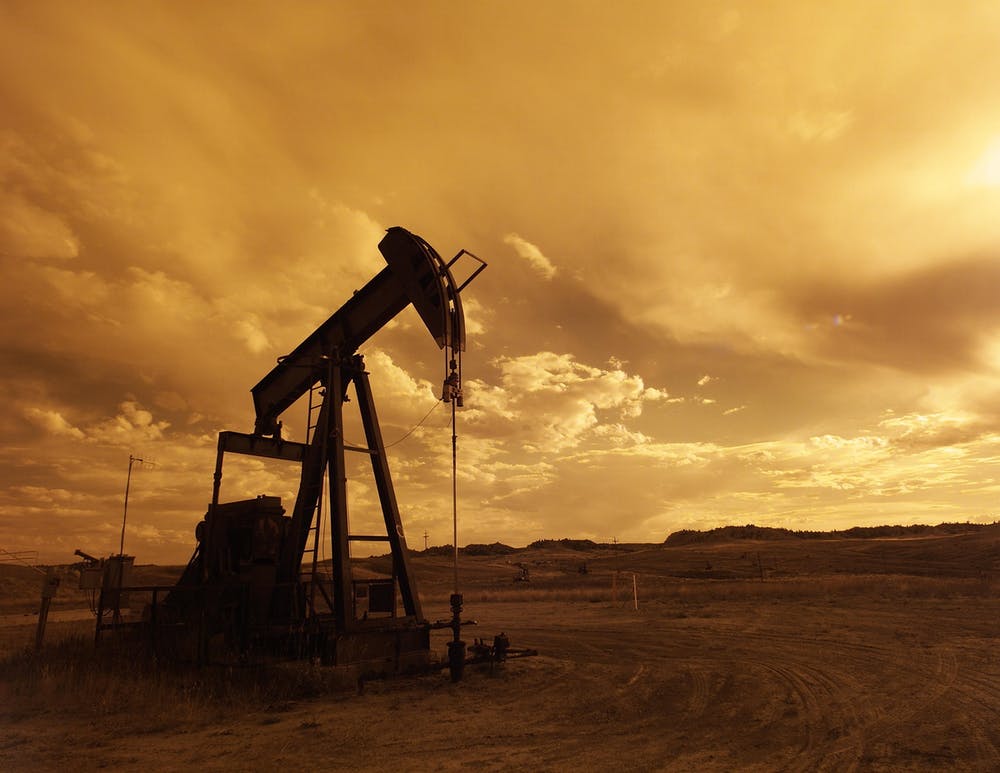 Hedgers and speculators rely on two standards of light sweet crude oil to determine futures prices. In the US, we set pricing models based on production of West Texas Intermediate (WTI) crude oil, while the rest of the world relies heavily on North Sea Brent (Brent) crude oil to dictate prices.

Brent crude sets the pricing standards for roughly two-thirds of the world's oil. It has remained the benchmark for so many years because it is extracted from the sea, making it easier and cheaper to ship, and it’s low sulfur content makes it fairly easy to refine into gasoline.

WTI crude is produced in North America, in mostly land locked areas, making shipping more difficult and expensive. It is lighter and sweeter than Brent crude, but its ease to refine keeps it in high demand.

There is a price gap separating the two products, mainly because of production, shipping and storage costs, which makes their futures contracts popular derivatives for professional traders. WTI trades on the Chicago Mercantile Exchange (CME), while Brent trades on the Intercontinental Exchange (ICE).

Brent crude is currently priced a little higher than WTI, but that has not always been the case. The shale fracking business has significantly boosted production of WTI over the last two decades, leading to an increase in supply and a decrease in price. Which brings us to our current situation.

Global demand for oil has been dropping since the onset of the Covid-19 pandemic. Flight cancellations, travel restrictions, social distancing and shelter in place policies have all played a role in the plunge in oil prices since February. The problem the industry was facing was that, as prices were dropping, production never seemed to slow down. In fact, US production hit an all time high at 13.1 million barrels per day (bpd) in mid-March.

That did begin to change in early April when OPEC announced a global production cut of 10 million bpd after a standoff between Russia and Saudi Arabia came to a head. The US oil industry responded by cutting production by 900,000 bpd, its largest cut since 2007.

It’s likely that this will be the first of many production cuts the industry will face in the coming months, with more and more layoffs expected to follow right behind. Oil and gas workers in North Dakota have already started to feel the effects of this when oil giant Continental Resources put a stop to drilling all together and started shuttering wells last week.

So, Where Does It All Go?

About 70 miles northeast of Oklahoma City lays the small city of Cushing, Oklahoma, which has been the main storage hub for crude oil in North America since the early 1900’s. The storage tanks surrounding Cushing have the capacity to hold roughly 100 million barrels of oil, close to 15% of all US storage, and a maze of pipelines and railroads keeps that oil moving in and out 24 hours a day. This is where the bottleneck occurred when crude oil futures prices went negative last week.

Because of the devastating drop in demand, oil stopped flowing out of the storage facility, and supply continued to build up. Storage tanks in Cushing were nearly 80% full the day before the May crude oil futures contract was scheduled to expire. Due to the lack of available storage, few buyers were willing to take physical delivery on the already heavily discounted oil from speculators, who were just trying to cover their long positions before expiration.

Ultimately, in an event never seen before in the history of the futures markets, sellers ended up having to pay buyers to take the inventory off their hands. Prices in the June futures contract have stabilized since then, but unless more storage space is freed up soon, we could be looking at another rout come expiration time.

Brent crude oil prices also took a hit, due to the lack of demand, but was spared the calamity of going negative because of its easier access to storage facilities in Europe.

Before this whole debacle started, Business Insider wrote that they expected more than 1 million oil workers to lose their jobs by the end of the year. The article also went on to say that 13% of all jobs lost this year will in some way be related to the oil industry.

Energy companies have been dealt some pretty hard blows in the past, but I don’t think we’ve ever seen one this heavy. It’s easy to think that everything will be back to normal once the economy opens back up and people start moving around again, but consumers have been dealt a blow too, and they’re most likely going to be left feeling a bit skittish about spending any money for a little while.

I’d just love to see everything bounce back stronger than ever, it’s going to take some time though. Projections are still calling for a second wave of Covid-19 infections to hit in the fall, so it’s kind of hard to think that we’re even close to being out of the woods yet.