Market Mania Round 2: Down Goes Oil!

Round 2 of Market Mania certainly did not disappoint. Equity indices continued on their warpath, Metals and Currencies faltered, and we witnessed a stunning upset as the journeyman Treasury Bond rope-a-doped the once-invincible Crude Oil contract into submission. Out of 1,154 submissions only 2 perfect brackets remain. Read on for the full results, analysis, and updated leaderboard. 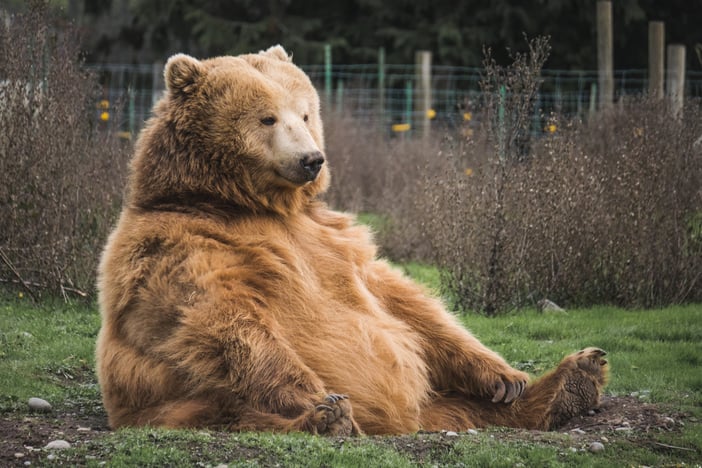 Over the weekend (and into Monday), stocks showcased why they remain the preferred investment vehicle of the masses. Sure, the S&P 500 took a 30% dip in weeks leading up to the tournament, but the slate gets wiped clean at the start of Market Mania.

The Pound simply didn't have the firepower to keep pace with the likes of Apple and Boeing. Next up for broader index is a stock-on-stock showdown with the Nasdaq.

The fundamentals looked promising for Gold. The Fed is printing like there's no tomorrow and the true believers are burying bullion in the desert at a record clip. But ultimately, this was the day of the stock, and even a 3% surge in the GC was not enough to overcome the utter dominance of the tech index.

Who holds the edge in the NQ vs. ES semifinal match this Wednesday? Only time will tell, but according to my uncle, computers are the future. 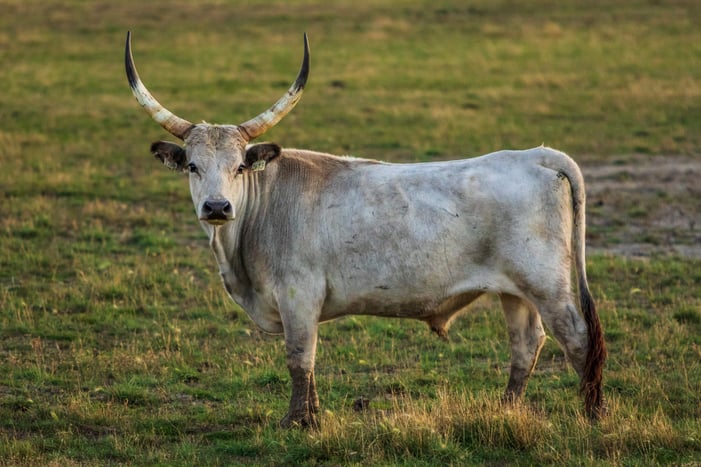 This was simply a bad beat for Silver. Gaining 4.66% would normally be enough to advance—but obviously, normalcy went out the window some time ago. The 30 bad boys of the DOW feasted on newfound trader optimism to notch one of the most impressive performances on record. Now, the blue chips will have to bring their A-game against asset-class-rivals the ZB's if they want to make it an all-equity Finals.

Risk-on or risk-off? That's the only question that matters tomorrow.

After cementing itself as the contract to beat, Oil logged a truly embarrassing effort against a grittier, more experienced Treasury Bond. It was a sloppy game all around, but the ZB demonstrated the sort of tenacity a product needs to cut down the nets at Market Mania.

The 2018 Champions are now one step closer to adding a second Patak Cup to the trophy case in Jerome Powell's rec room. 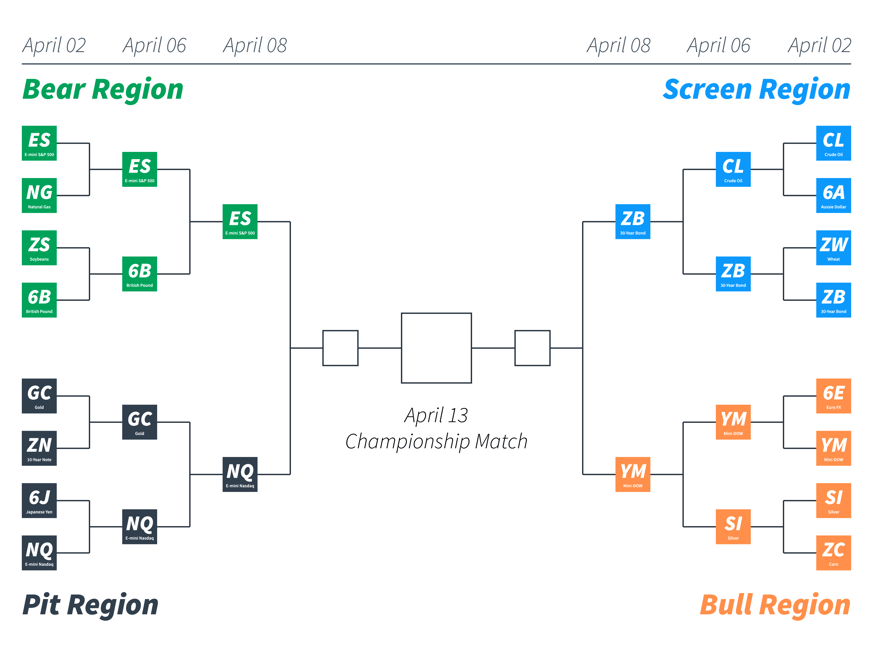 There were 1,154 brackets filled out for Market Mania 2020. If each match were a coin flip, we'd expect there to be only 0.28 perfect brackets after 12 games (on average). But surely due to the skill of our users, we currently have 2 perfect brackets remaining after Round 2!

Congratulations to Bill M. and Ken R. for perhaps being sent here from the future!

Just because you aren't on the leaderboard now doesn't mean you're out of contention. The points for correct picks double each round, so there's still plenty of time to make up ground. We thought it might be fun to include the leaders' picks for the Semi-Finals and Finals so you know what products to root for (or against). 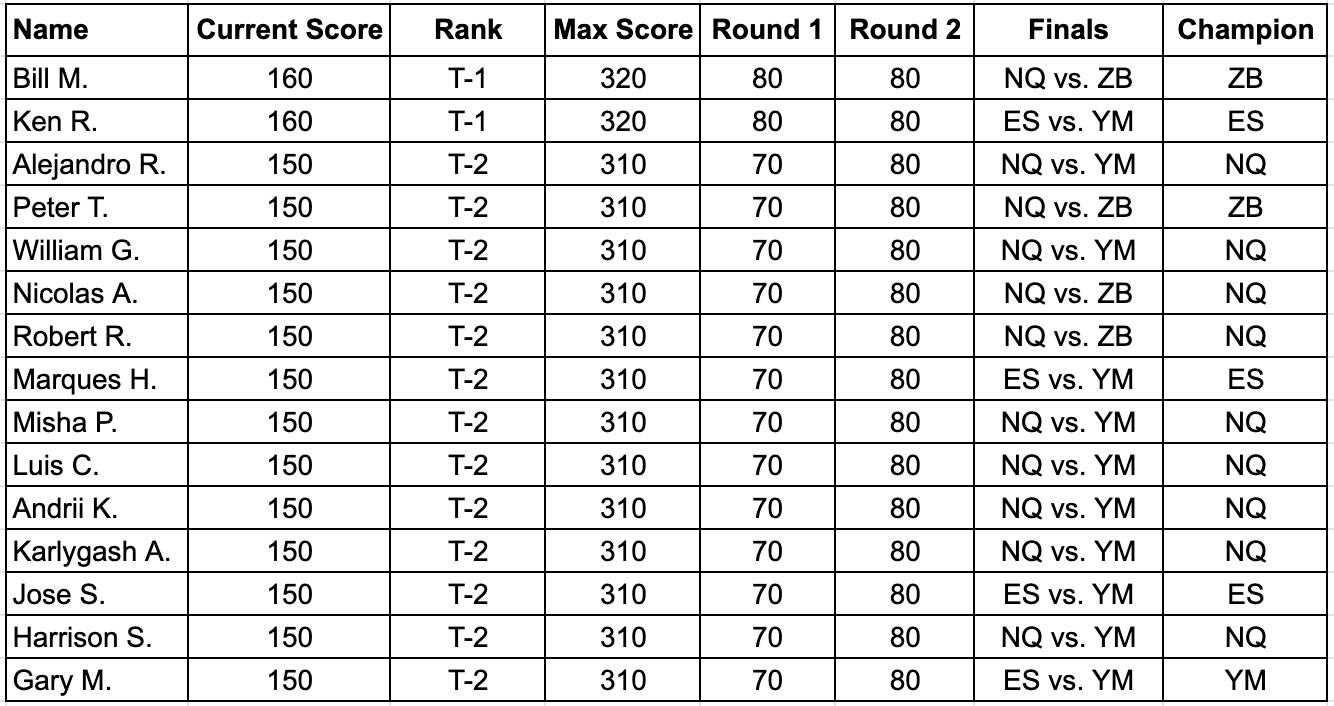 Great job everybody! And remember, Round 3 tips off on April 8.