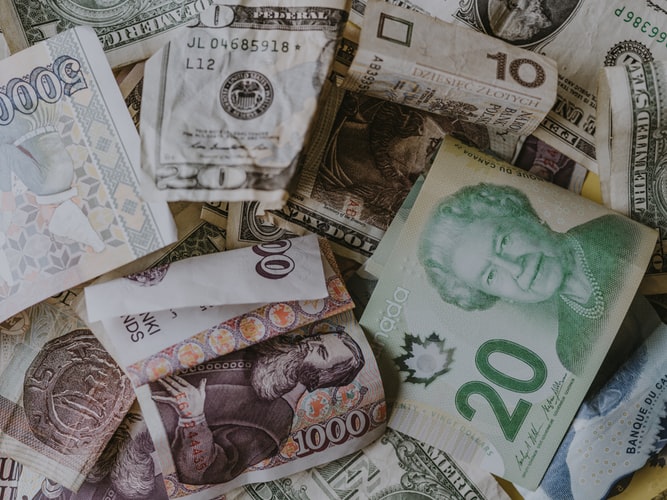 Last week, we examined some ideas for trading the current Coronavirus scare while anticipating that a bounce in commodity currencies such as the Australian dollar (AUD) could allow traders to fade the rally based on historical scenarios.

A week later and the situation continues to progress. As of Wednesday, the World Health Organization (WHO) reported the most significant single-day surge of the virus, with more than 3,100 new confirmed cases, and the total count now exceeds 30,000 cases at the time of this writing.

Virtually all investment banks have begun to reassess projections for individual currency pairs, and this week some banks, including Nomura, started to adjust their outlook over the next few months. While most of the attention remains on the Chinese yuan (CNY) I opt to look at another Asian currency, the AUD, which as a commodity currency is also affected by the Coronavirus situation but is more stable than the volatile yuan which at times suffers from liquidity issues.

This week, the AUD has seen a rally, which wasn't unexpected considering how hard this currency had sold. Against most other currencies, the AUD closed higher three consecutive days following multi-month lows.

Marty "Pitbull" Schwartz has a saying about three-day reversals. The first day is often smart money profit taking and hedging positions. The second day is money that is less smart, but still perceptive enough to be aware of what the smart money was doing on day 2. Lastly, the third day is when the dumb money, or sheep, come in hoping to piggyback on what is developing, and that usually marks the end of such a reversal.

While this "Three Day Rule" is very broad, there is some logic to it, as Wednesday's AUD rally on the third consecutive day appeared to lose some momentum, and as of Thursday morning, heading into the New York session, the AUD is mostly sideways.

This week, the AUD has seen a rally, which wasn't unexpected considering how hard this currency had sold. Against most other currencies, the AUD closed higher three consecutive days following multi-month lows.

The first pair is the British pound (GBP/AUD) which had traded sharply higher last week but had since fallen backward. You will notice on the daily chart the trendline in orange from the August '19 low which has been tested numerous times since then including September, October, December and January. Technically speaking, this would be a natural spot for this pair to target on a pullback, and at the moment this trendline at the 1.8970 area coincides with the 38.2% Fibonacci retracement at 1.8918 from the August '19 low to last week's high.

A pullback to the 1.89 – 1.90 zone gives traders at least two technical reasons to look for a long in this area. This pullback may require a few more days to set up but using a 100 – 200 pip stop could target 3:1 return on risk.

The second pair is the AUD against the U.S. dollar (AUD/USD). The USD may benefit from some recent projections to rise, and is likely to be less volatile now that the presidential impeachment trial has concluded.

This pair bounced off a support area established since August '19 but now appears to have found some modest resistance. It may be beneficial to short here, but to do so would be aggressive, therefore, do so with smaller size.

The  luxury of the the smaller size also affords traders to add to their position modestly should price reach some of the higher Fibonacci levels as well.

Last, we will look at the AUD against the Euro (EUR/AUD) which on the daily chart has been range bound for several months. However, after breaking out to the upside, the EUR rally has fallen back into the grey area, which was prior resistance, which for a bullish pair should act now as support.

Currently, the EUR/AUD is bouncing in the grey zone, and from the current 1.63 print, it could be worth buying here using a 75 pip stop while also targeting 3:1 return on risk. This pair has not had much momentum over recent months, and given the choppy price action, it may be suitable to enter with your normal size. However, I see no reason to add to a losing trade beneath the grey zone.

With all of these scenarios, it is highly encouraged to leave at least a small running position on when a target is achieved while taking on no additional risk. This way, a trader may get rewarded from headline momentum. Furthermore, to restate from last week's article, should the WHO begin to release optimistic news regarding the Coronavirus, then the fundamental thesis of the bearish AUD becomes void; accordingly, this technical picture presented is no longer endorsed.