The FX World Continues to Navigate the Dangerous Health Scare 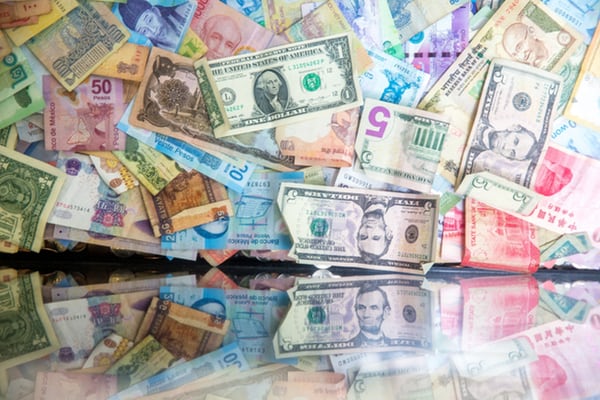 My writings in recent weeks have reflected the Coronavirus wave. This is an unfortunate circumstance that continues to create global alarm. As traders, we must be prepared and positioned for both bullish and bearish catalysts.

I’ve noted the weakness in commodity currencies which replicated the initial reaction to the SARS virus back in 2003. While no historical model can give an exact replication, the chart below did at least give some idea of what to expect, namely weak commodity futures until a cure is found. 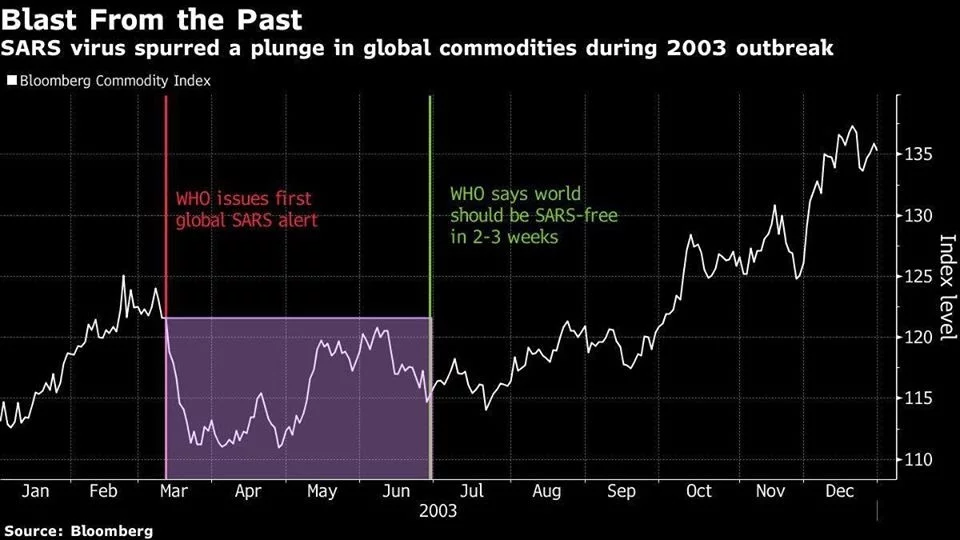 This situation has thus far played out comparably and according to the 2003 model; there was no real lift for two months following the outbreak. However, what happens next will be anyone’s guess, as the current situation is becoming more problematic than many in the recent past. At the same time, in recent years, financial markets have shown resilience in the face of many types of global fears.

It seems very early to call a bottom in the Asian commodity currencies that I have featured in recent weeks. Consider the AUD/USD below on the daily chart. It has moved from three standard deviations below the 20-day moving average, and has now found resistance at the middle band. Even if the AUD has bottomed, until there is a clear sign of a vaccine for the virus, it is unimaginable that this market would see a V shaped rebound.

For bulls, it may be worth looking for a retest of the low somewhere in the .6500 to .64500 area. For bears, if you missed shorting mid-week, and this pair continues to rally, then you could look at the .6700 area where the +1 standard deviation is and where some historical support would be expected to turn to resistance. This would mark a move of four standard deviations from the low which often creates a good opportunity to fade.

However, if you are looking for a potential rebound currency market, then the Canadian dollar (CAD) may be what you’re looking for. The CAD is also considered a commodity currency, as oil exports are a huge percentage of Canada’s GDP. While the CAD has been falling, it is coming into a support area against the USD, which would show as resistance on the USD/CAD chart. The orange shaded box represents a confluence of resistance going back to January of 2019.

While I am not bullish the CAD, I do believe the dollar rally may be nearing the peak of momentum, and should the USD/CAD be trading in the 1.34 - 1.35 range while other commodity currencies begin to hold a rally, then to me this pair becomes attractive from the short side.

One more note; should you watch this pair, it will be correlated with crude oil futures, which on the April contract broke the $50 mark last week, trading down to $44, but has since bounced as high as $48.66. If crude is able to retake the $50 mark, then the USD/CAD short looks more attractive. However, if crude is unable to hold above $45.00, then I would remain neutral the CAD until crude oil trades to $40.00.

Interested in trading Forex? Check out the TopstepFX Trading Combine!