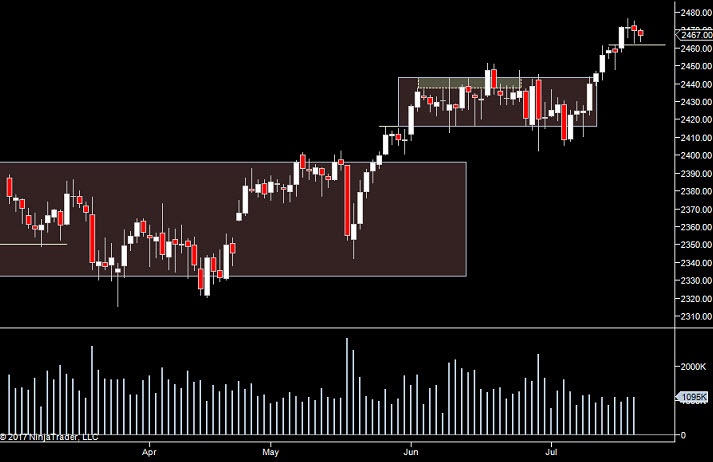 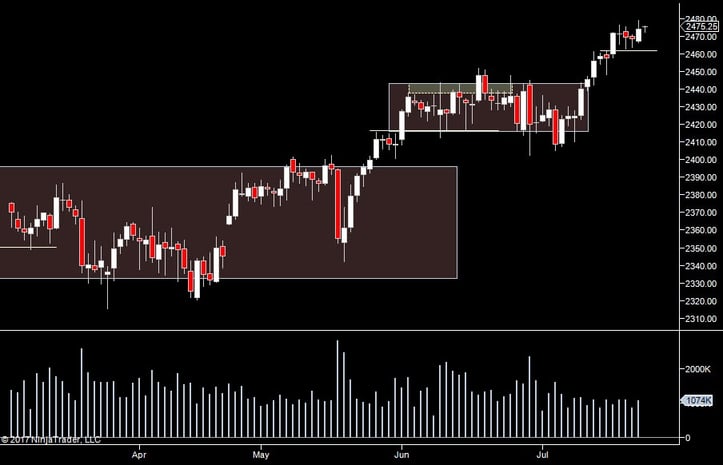 Low volume still, we did push up through the top of this little range we've been in the last 5 days. This is a very tight range but then we are heading into August. It's not very clear and the danger is reading too much into the action. 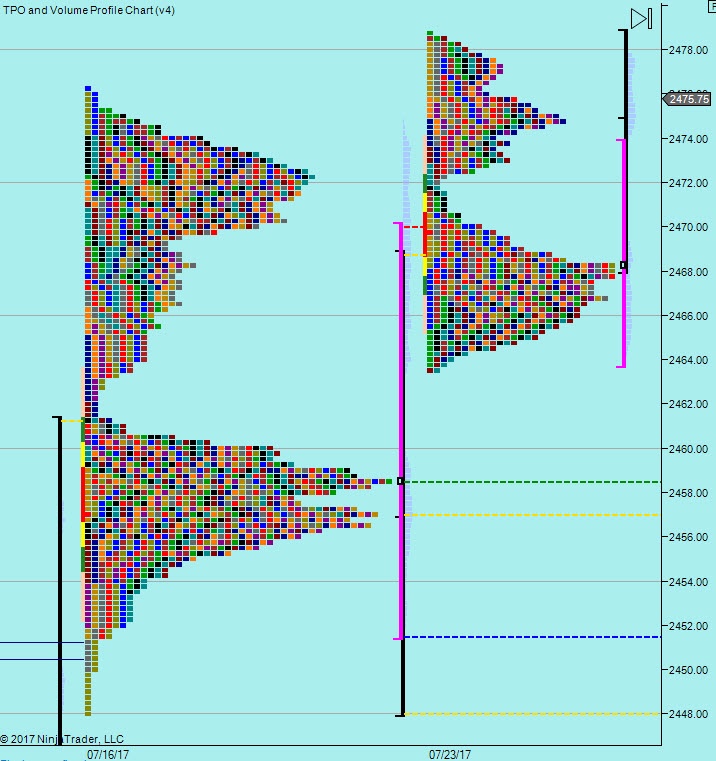 We have 2 distributions for the week but really it's such a small range that it's not worth considering them separate. We do have to look out at 2472 for a reaction as we didn't spend much time there but it's also the middle of the weeks range so not a great spot. So I'll want to see something fairly obvious before trading any reaction from that point. 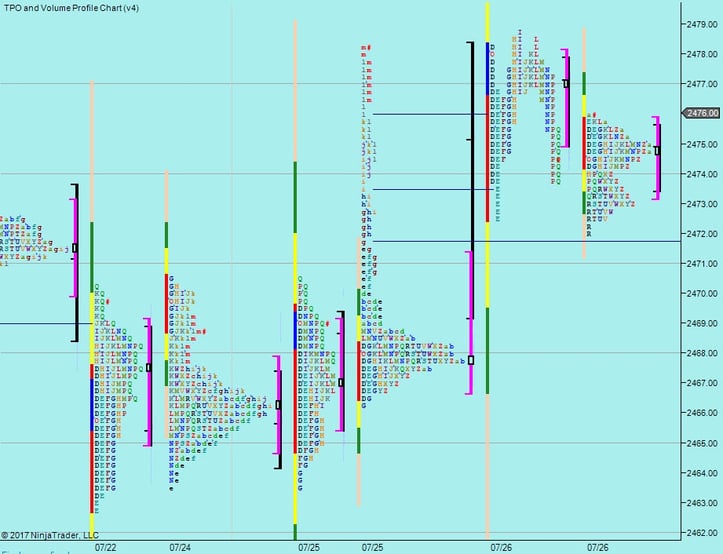 We can see that we popped up overnight yesterday and then went sideways. It's FOMC day today which means it's likely to be low volatility in the morning.

Plan
- Look for an early trade right off the open as FOMC malaise might kick in
- Look for reactions in the AM off yesterdays levels and 72 but look for something quite obvious
- Be prepared not to have much on in the AM, which means there might not be any trades
- Flat into FOMC and see if we can take a momentum move off it (although we are not expecting any surprises)