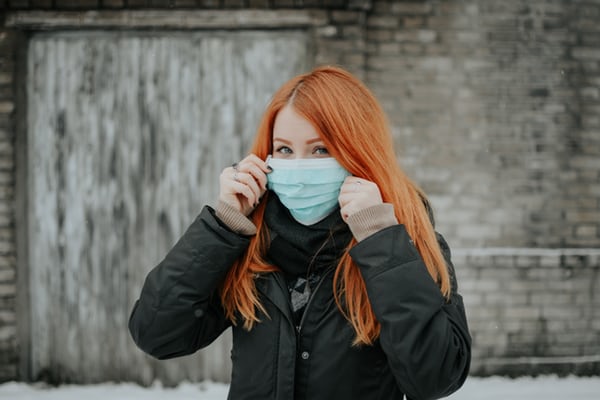 To say there is a lot of confusion out there right now would probably be the understatement of the month. After the Dow Jones recorded its worst daily performance since 1987 on Monday, equity index futures markets locked limit up when Tuesday’s Globex session opened. The VIX has broken through above 80 and started flirting with the all time high at 89.53 that was made during the height of the credit crisis in October 2008.

Though Tuesday’s early strength did force the VIX back down below 80, it’s likely more headlines will continue to propel the increase in volatility this week. One particular thing to watch out for will be Fed announcements. Fed Chairman Jerome Powell announced that Sunday’s surprise meeting took the place of Wednesday’s meeting, so there are no longer any scheduled Fed events for this week. This does not, however, mean that they can’t or won’t come out with another surprise cut if they deem it necessary (negative rates). Stay informed!

During the 2008 credit crisis, U.S. officials put a halt on short selling for all financial stocks in an effort to curb the collapsing market. As the threat of the spread of Covid-19 continues to grow, lawmakers in Europe and Asia are starting to take the same steps to hold their respective markets up. Spain, Italy and France have all imposed temporary one day bans on short selling as stocks continue to plunge. Spain even went a step further Tuesday by announcing a 30-day ban on short selling, and South Korea took the cake with a whopping 6-month ban that took effect yesterday (March 16).

Steps Are Being Taken

Fear is definitely in charge now. President Trump has called on Americans to stop all unnecessary travel, and to avoid meeting in groups of more than 10 people for the time being. Lawmakers in San Francisco have issued a “shelter in place” policy requiring all residents to remain indoors, with the exception of essential travel, until April 7. New York is also considering adopting the “shelter in place” policy, and bars and restaurants in Illinois have been closed to dine-in customers. These policies all come at the strong advice of health officials to help stop the spread of the virus.

The FDA has approved two commercial tests which are expected to rapidly increase the number of people being screened. The lack of available testing kits has really put a choke hold on the medical community's ability to respond to the outbreak, so this is a welcome breakthrough.

Some more good news, the daily number of confirmed infections coming out of China has started to fall back. Screening foreign travelers and implementing travel restrictions has gone a long way to stopping the spread. As long as these numbers continue to trend lower, I would say that we’re on the right track here in the United States. As such, the president is still saying that we probably won’t peak until sometime around July or August.

The House of Representatives has passed a relief bill and sent it on to the Senate for approval. The bill includes free coronavirus testing, two weeks of paid sick leave and paid family and medical leave. There are also stipulations to protect the unemployed. The White House is supporting a move that would provide immediate cash relief to Americans as part of a $850 billion stimulus package. This package is being backed by both democrats and republicans and also involves possible tax cuts. It’s refreshing to see how fast things are moving now.

You may be in a position right now where you are working remotely, or are living in some form of quarantine. The Topstep family cares about you and, and want to make sure you’re taking the proper steps to protect not just your physical health, but your mental health from being cooped up inside.

Typical reactions to these situations usually come in the form of anxiety or fear. It’s important to be aware of the medical and health benefits available to you. If you don’t have health insurance, you will still have options for medical care. The Kaiser Family Foundation is a wonderful resource for finding out what you are entitled to as far as health care is concerned during the outbreak.

Here are a few tips for improving your mental health while working from home. In a recent article written for the University of Virginia, Jane Kelly describes tips for surviving a self-quarantine. These tips were provided by Claudia W. Allen, director of the Family Stress Clinic and the director of behavioral science in the Department of Family Medicine at the University of Virginia’s School of Medicine. Here are just a few of them (follow the link above for a detailed breakdown):

No one wants to see you go bananas, so take the time to take care of yourselves and each other during these trying times.