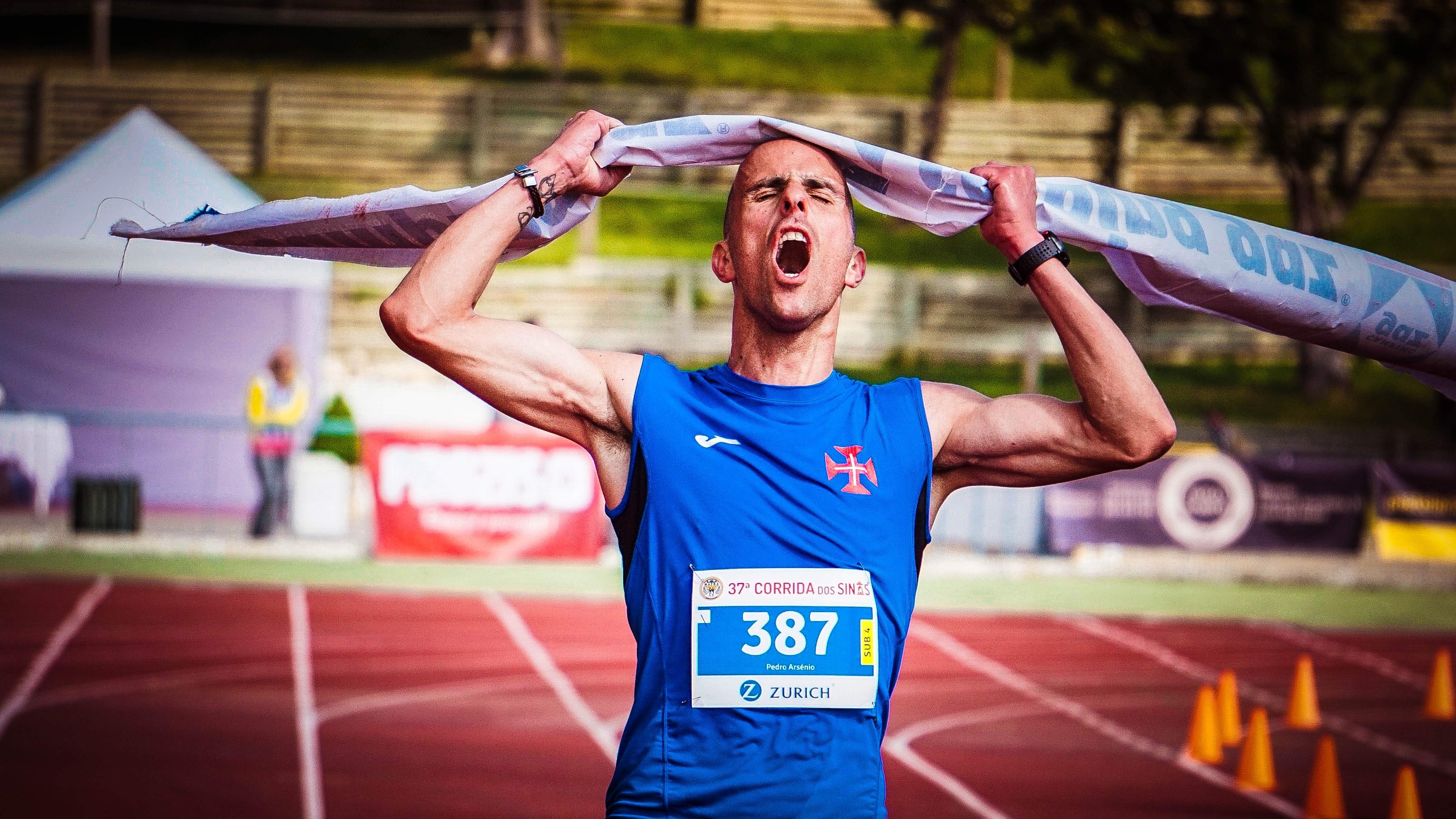 The first half of 2019 is in the history books and, after solid gains in the first quarter, stocks and bonds added to the bullish trend in Q2. Crude Oil was little changed and Gold was a bright spot as the commodities market saw mixed action over the past three months. Lastly, many interesting stories were told in the currency markets, including a 220% surge in Bitcoin.

Note: all numbers and charts updated through Jun 28 midday

Big cap tech led the advance across the equities market. The NASDAQ 100, which includes the biggest non-financial companies listed on the NASDAQ Stock Market and is heavily concentrated in technology, gained 7% for the quarter. That added to a 17.7% gain in Q1 and pushed the year-to-date return to 25%. The Dow enjoyed a 14.2% move, while the S&P 500 added 17.2% and the small cap Russell 2000 rose 16.1%. 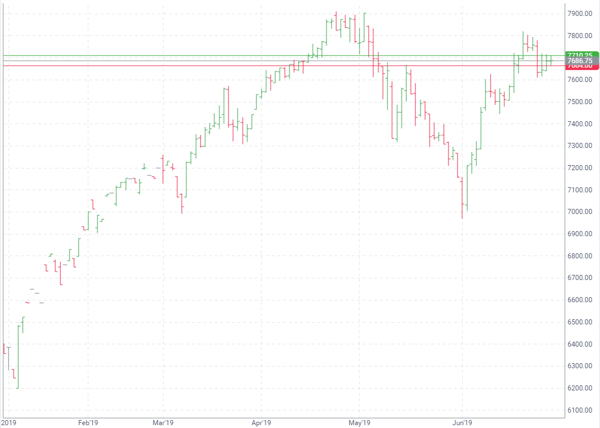 Figure 1: NQ Leads Stock Indexes, with Most of the Gains Scored in April

In the metals market, Gold was brighter than most. After a parabolic move in June and a 7.4% advance since March 31, the yellow metal is now up nearly 10% for the year and setting six-year highs. Silver has been rallying since mid-May but finished flat for the quarter. Copper gave back some Q1 gains after outperforming in early 2019  – it’s now up just 3% YTD. 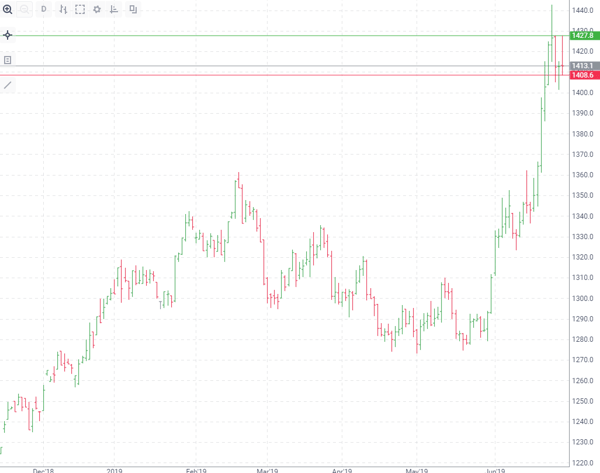 Figure 2: There’s Gold in Them Hills!

Crude Oil bubbled more than 25% in Q1, but then sold off heavily from mid-April through mid-June; it’s up 1.1% since the end of March. However, in the first half of the year, Crude gained 27.3,% and Gasoline, with help from a recent refinery fire on the East Coast, is up 28% YTD. Natural Gas is not keeping pace, as a first quarter uptrend ran out of fuel in April and prices tumbled 16% in Q2. 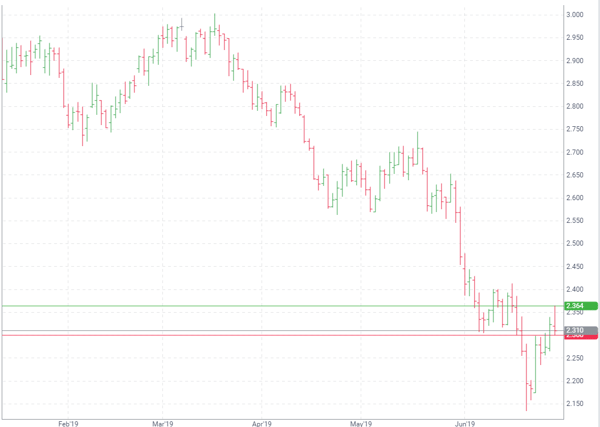 Figure 3: Someone Strike a Match Because Natural Gas Might Explode

Unless you’re living under a rock, you probably heard about Bitcoin. It nearly tripled in value in Q2 after a June surge. Beyond that, the dollar index (DXY) was flat in Q2, but the greenback has seen notable weakness against other majors since mid-May as Federal Reserve officials folded like a cheap lawn chair, signaling that they’re now looking to lower rates after a series of hikes in 2019. 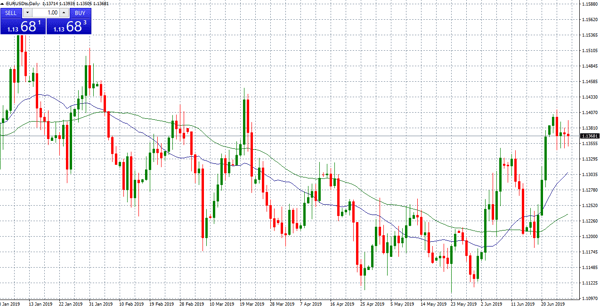 Treasury Bond yields continue falling as bonds rallied in Q2. Gains, which are across the entire curve, add to the advance in the first few months of the year. The long end leads the way, with the Thirty-Year up 6% YTD and its yield now near the lows of 2019 at 2.6%. The Ten-Year added 4% while the Five-Year rose 3.1% in Q2. 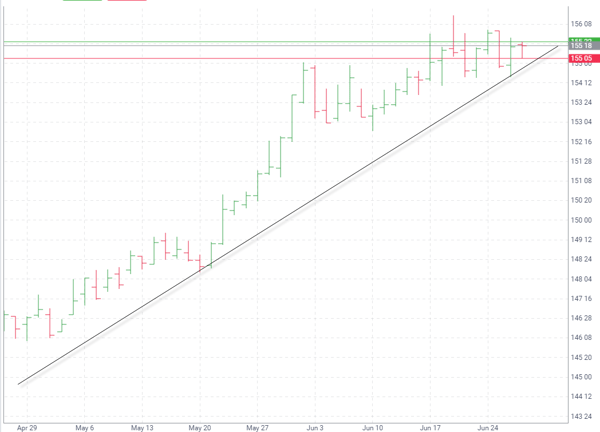