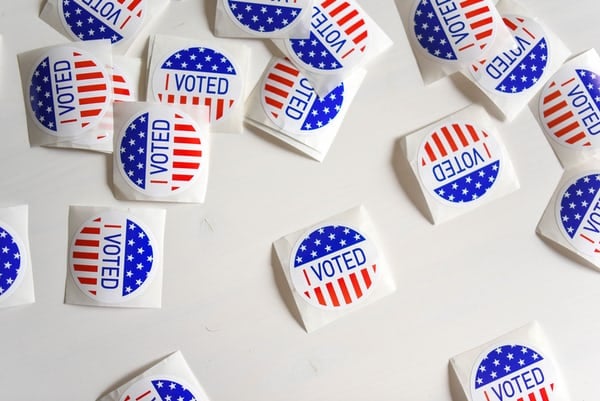 It is now less than three weeks from the elections in the United States. As much as this political cycle has piqued U.S. citizens’ interest, I have observed in various forums that the worldwide community is also keenly watching this election. Interestingly, perceptions of the upcoming election are diverse, depending on one’s geographical location. For instance, in the southern hemisphere, I find more people hoping for a Trump victory; meanwhile, there seems to be less support for the president in the northern hemisphere.

There is no secret that the election results are closely tied to market behavior, not only in the U.S. but also worldwide. Furthermore, the potential volatility might be seen in the stock markets and currency and commodity markets.

Today we will look at a few factors to consider when analyzing the November elections and how they could affect your preferred markets. Before I continue, I will note that this article's intention is bipartisan, attempting to maintain a neutral political view.

In recent weeks, Democratic candidate Joe Biden has seen a surge in polls, especially since the debate on September 29th. This trend may look optimistic for Democrats; however, there is good reason to withhold trust in polling. I first noticed a breakdown of polling back in the summer of 2016, leading up to the Brexit vote in Great Britain. The polls firmly showed that the proposal would not succeed; however, the results dictated otherwise, leading to substantial market volatility.

Fast forward just a few months later, as the 2016 U.S. Presidential election between Clinton and Trump was approaching; the polls suggested a landslide victory for Clinton. However, once again, the results concluded otherwise.

The world has changed rapidly during the electronic age and the polling mechanisms of a generation ago are no longer sufficient. It might be that the polling methods have been updated since the 2016 election to reflect a more actual representation. However, at this point, I withhold any conclusions and suggest proceeding with caution when trading based on polls.

As the momentum has seemingly turned in Democratic favor, it begins to appear likely that their majority in the House of Representatives will increase. However, it now seems that there is at least potential that the Democratic Party could win the U.S. Senate. To eliminate the Republican majority, the Democrats would need something near a landslide. Should a dramatic swing occur, I would expect this to create further volatility in some markets.

What’s even more concerning for me are the unseen factors. For example, if President Trump does win re-election, how might this affect social stability? Tensions heightened during the COVID19 pandemic, then when racial issues came to the forefront, the tensions turned into protesting. Of course, some of the protests remained peaceful, while others turned into rioting. Should Trump win, could there be widespread rioting across the U.S.? I believe that it is at least possible; it might be more severe than previously seen. More riots could substantially add to market volatility. Furthermore, should President Trump lose the election, there is still uncertainty about his response.

The first Move Is Often The Wrong Move

We’re live in an electronic age where market algorithms are programmed to pick up on newsfeeds very quickly and respond. Therefore, during highly volatile times, the markets are irrational and excessive. Sometimes there is no fundamental reason for their behavior, and many times, the first or knee-jerk reaction is the one that gets faded.

Take, for example, the 2016 U.S. elections when Trump was securing the winning results. Markets were trading “risk-off,” and the U.S.’s equity index futures were selling off so strongly that they went limit down. However, the next morning, markets went “risk-on,” and the stock markets saw an enormous daily rally that continued for the weeks ahead. The same was true in other markets whose initial reaction was so heavy to the election results, but then they reversed strongly over the following day(s).

At this time, I cannot speculate which way markets will go, except that there will likely be opportunities in both directions. For U.S. stocks, regardless of the outcome of the election, some individual companies will benefit, and for others, it will have a negative impact. The same rings true depending on which market and in which part of the world you focus your trading. In Hong Kong, the Hang Seng index could rally on a Democratic victory; meanwhile, the U.S. dollar and U.S. Treasury futures would be sure to present an opportunity as well.

While we can’t know the future, we can at least try to prepare. We do this by way of education and keeping a transparent and open mind. As traders, our job is to capitalize on the results, regardless of our political preference. With all the potential uncertainty leading up to and immediately following the election, it’s good to prepare for various scenarios.