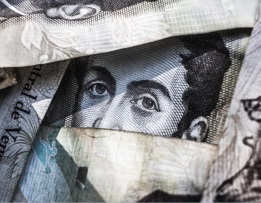 Randy McKay is a name that many traders have likely not heard of. He is one of the rare breed of trader that was able to find success immediately - without blowing up an account or experiencing many of the challenges that even successful traders face. He was able to turn a $2,000 stake into $70,000 in his first year trading currency futures on the floor. That was a short pit stop to making tens of millions during his trading career.

Here are the three pieces of advice he gave traders in Jack Schwager's The New Market Wizards to improve their performance.

Want to trade our capital? Get started in a Trading Combine® today!

This week our series of insights from Jack Schwager's The New Market Wizards focuses on Randy McKay, a currency futures trader who made tens of millions in the market. (Check out our last post “How Common Sense Helped One Trader Retire in 10 Years.”)

McKay said that he realized early that prices moved based on the psychology of those trading - with anxiety, greed and fear all prevalent in the markets.

Can you take these insights to trade better? Have any feedback or questions? Put them in the comments below.

Posted by TopstepTrader on December 18, 2017