[*NEW*] “Topstep Moment of the Week!” watch now on YouTube! 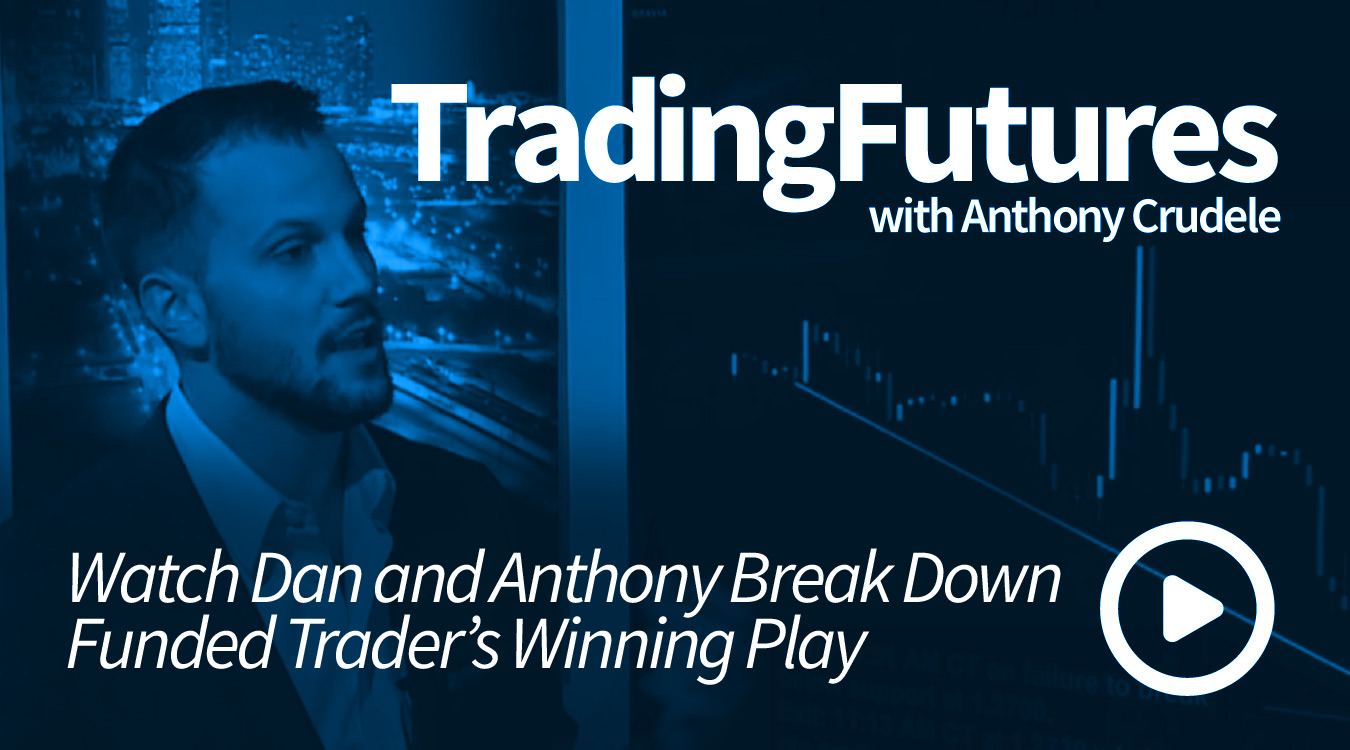 Welcome to the first edition of the "Topstep Moment of the Week", a new recurring segment featured on the "Trading Futures with Anthony Crudele" YouTube show. This week, Topstep performance coach Dan Hodgman joins Anthony to break down a counter-trend British Pound play made by funded trader Riccardo Z. from California. Hope you enjoy!

By definition, all trades fall into two categories: you can either go with the trend, or against it.  Both options can be profitable so long as you stick to your strategy, manage your risk, and know when to get out.

Riccardo played a counter-trend trade to perfection last month by going long in the face of a persistent selloff in the British Pound. So what made this trade successful?

Looking at the hourly hourly chart, Riccardo observed multiple instances of the Pound bouncing off its downward trend line. He stayed patient and waited until the pattern was confirmed several times before buying.

Watching trades work out while you're sitting on the sidelines can be frustrating, but in the long run, you will choose far more winners by being selective with your entries.

Profit Target Based on Measured Moves

When you're fighting the trend, you can't afford to be greedy. As Dan mentions in the video, trend is usually your friend, and it's extremely unlikely that Riccardo just happened to pick the absolute bottom of a multiple-week move such as this selloff in the Pound. He looked at previous upticks from the trend to inform his profit target, and acted accordingly.

In this case he took $300 per contract, because that was what the market offered. And as you may be aware, the market is always right.

If the Pound fell below that trend line, Riccardo was getting out. At Topstep, we encourage traders to set their stop-losses in advance to take any sort of subjectivity out of the matter. The time to decide when you are getting out of a trade is before you place it, not when it's already 10 ticks against you.

Congratulation again to Riccardo, and we hope you come back next week when Dan and Anthony will be analyzing another winning trade from a brand new Topstep funded trader.