Maintaining Self Control During Times of Panic 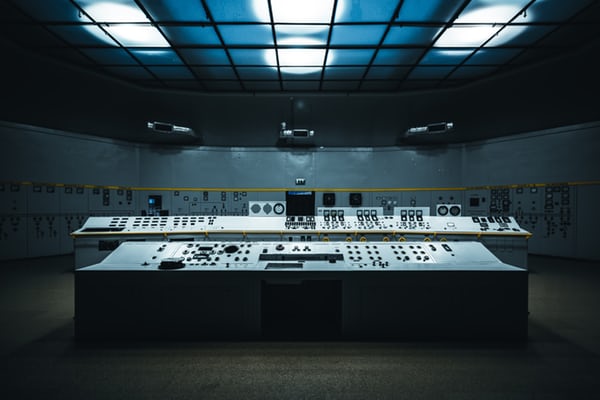 As headline risk escalates, it’s hard to talk about anything other than the Coronavirus, and it’s impossible to ignore the subject altogether. Following yesterday’s statement from the World Health Organization that the virus is at pandemic levels, the headlines continued as the National Basketball Association has suspended the season, the most noteworthy out many breaking stories from the effects on the sports world. President Trump made a special presentation from the Oval Office. However, it seemed to be interpreted as a too little too late response, and the U.S. financial markets continued to trade risk off overnight.

I go back to my experiences during the credit crisis of 2007-2009. What started as a mild concern in 2007 becomes more relevant after the Bear Sterns fall in the spring of 2008, however, it didn’t reach true panic levels until Lehman Brothers collapsed in September of 2008. Then it took nearly another six months for markets to reverse back to a risk-on posture. Many times in the course of those months, it looked as though the markets had bottomed, but generally speaking, in times of real catalysts, it takes a little longer to find a bottom than we might prefer.

This is truly a big picture event, and the feeling is one of global intensity, reminiscent of other significant events, such as the ‘08 credit crisis or the heightened terror fear following the September 2001 attacks. However, unlike certain events and national catastrophes, the current virus situation is not isolated geographically, nor is it a single occurrence. The effects are widespread over an indefinite time frame leaving the markets feeling the fear of the greatest vulnerability of Capitalism, namely, uncertainty.

As traders, we learn to manage risk, and right now, the risk is coming in multiple forms. Our accounts are at risk, as well as our personal welfare. One old trader from the Chicago pits used to say that you “can’t trade scared money,” therefore, we must hedge.

I have spoken to traders in major metropolitan areas who are ceasing their trading until they find themselves in a safer physical circumstance. My job isn’t to tell you how to prepare for your family. However, the trading advice I can give you is that if you are part of the more vulnerable global population, then take care of yourself first, even if it means no trading for a while. Again, you can’t trade scared money, and having open positions while living in fear of viral contamination is a recipe for financial disaster.

Again, I’m not pushing the fear, merely observing that if YOU are afraid, then don’t trade scared! Hedge yourself, hedge your account and hedge your general well being. In an unsafe world, there are more important things than trading. A no-trade is better than a loss. Remember to use stops. This week the Australian dollar that I have been talking about for weeks saw some serious flash selling. During crisis events, these types of liquidity and panic issues often happen, do not leave your accounts exposed.

Remember, while being cautious, not to be overly emotional or excessively logical. Use the left and right side of the brain when making these types of decisions. Listen to your emotions; don’t ignore them; your feelings may help you know when to avoid trading. During times of panic, there are many volatility tricks. For instance, I have noticed that after successful trading during this recent volatility that adrenaline tends to spike and remains over elevated once the market settles down. This type of exposure leads one to try to trade a slower market as it was volatile and giving back gains or extending losses. I worked closely with Marty “Pitbull” Schwartz, and he would often say that the most significant trading losses usually come after the best gains. So remember to make a profit and be content.