The Finances and Economics of Higher Ed with Jeff Brown

Posted by TopstepTrader on November 18, 2019 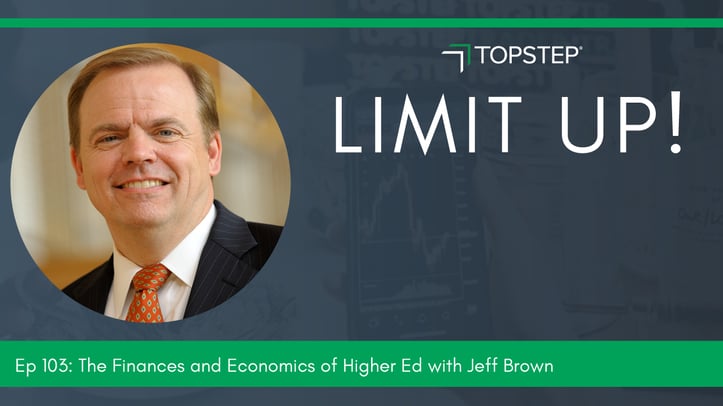 Just as the internet has revolutionized trading, it has also changed the landscape of higher education. People need degrees to get desirable jobs, but the cost of MBA programs is rapidly becoming out of reach for all but the lucky few. Jeff Brown, Dean of the Gies College of Business at the University of Illinois at Urbana-Champaign, stopped by to talk to Jeff about the state of higher education and what the future is shaping up to look like.

Dan and Jack also kick things off with a quick discussion about the new highs in the S&P 500, and why pretty much everyone owns a bunch of Apple and Microsoft (whether they know it or not).

The two Jeffs discuss how the school’s iMBA program is democratizing access, why you should be wary of college ranking lists, and what drives the price of a degree. Whether you’re thinking of going back to school, have kids heading off, or you’re just interested in higher education, be sure to tune in!