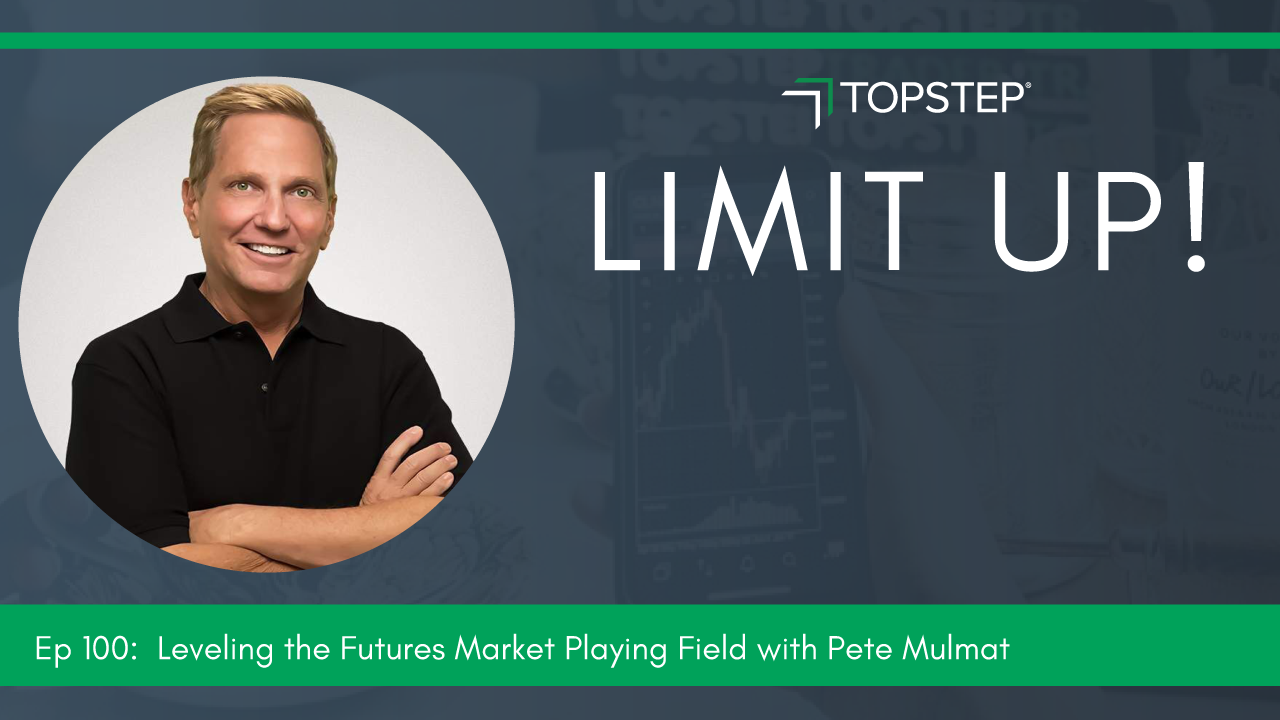 It’s our 100th episode today and we’re going back to talking about what TopstepTrader does best: futures trading. The futures market is notoriously inaccessible to small scale traders. Today’s guest, Pete Mulmat, stopped in to talk about how his new start up, The Small Exchange, is looking to level the playing field of the future’s market.

With a simplified trading process and small product offering, The Small Exchange is giving retail  traders the opportunity to make trades on futures that were previously only available to large companies able to front the risk. Pete discusses why the futures market is so lucrative and his best advice for making money in the markets.

Pete and Jeff end by sharing humorous anecdotes from the trading floor, such as the time that Olympic silver medalist Bob Berland stopped a fight between Pete and another trader.

Pete Mulmat is the Executive Vice President of The Small Exchange, a new exchange that democratizes the future markets and makes it accessible to small scale traders. Pete began trading in the 80s and has been an industry leader in bringing trades to the digital age.