What These Traders Wish They Knew Before They Lost Huge 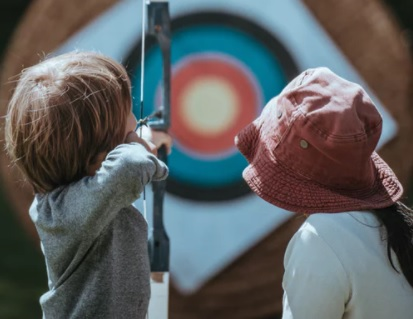 Great traders and not-so-great traders likely have one thing in common: they’ve all lost a lot of money trading. Trading is a tough business. And between finding a strategy and keeping our mental game strong, there are plenty of opportunities to falter.

Most traders that become successful can tell you horror stories of how much money they blew through when they first started. But within those stories, you can often find some wisdom to help you succeed. Here’s what three traders wish someone had told them before they lost big.

The fast pace and high stakes of the market often attracts competitive people. But according to S&P 500 trader and host of the Futures Radio Show, Anthony Crudele, a killer instinct can get in the way of smart trading. He says his competitive nature pushed him to make bad choices trying to win back money he’d lost. His advice?

“Accept the losses and move on. Even as you become a profitable trader you still have losses and accepting those losses is part of the business.”

Champion trader Marty Schwartz turned from a losing trader to a winning trader only after he realized that the bulk of his winning trades were ahead of him. That flip in thinking helped him accept losses and stick to his trading plan, even on losing days.

Here’s something athletes and traders have in common: both can use a coach. That’s the advice trading psychologist Dr. Kenneth Reid wishes someone had given him before he blew through $130,000.

“This applies at any level of competence, from novice to expert,’ says Reid. “It’s why pro tennis players travel with their coaches. We can always learn more and do better.”

Someone who has been through the ups and downs of trading can help with strategy, but they may be even more valuable when it comes to your mindset. For instance, a coach can get you to:

An outsider’s perspective can help even a veteran trader fine tune their plan and achieve better self-awareness.

Nothing Is Won Overnight

Founder and CVO of TopstepTrader Michael Patak wishes he could tell his younger self to check his ego and be patient.

“I wanted to be right and kept saying, ‘The market has to go higher,’” he says. “But the truth is the market doesn’t have to do anything.”

His impatience caused Patak to chase the market, making decisions from emotion rather than reason. But after blowing through three accounts for a total of $90,000, Patak’s father challenged him to earn just $65,000 in a year. This made Patak focus on the long game. He broke down his new, more realistic goal into achievable weekly targets. And instead of trying to force the market to do what he wanted, he started letting the market come to him.

Think about it this way: a boxer may want to land a knockout punch, but they usually have to throw a lot of jabs to set it up. As a trader, you need to have that mentality. Trade with the end in mind so you’re ready when the right opportunity appears.

Posted by TopstepTrader on February 16, 2018