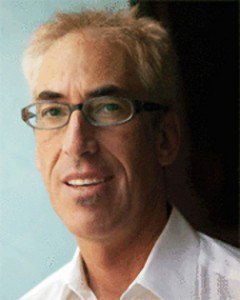 Like many of us, Bill Lipschutz got his start trading on a small account - just $12,000. Lipschutz had an innate ability and was successful trading from the start, taking four years to build that account to $250,000, compounded growth of 115% annually.

Then, Lipschutz lost it all. Lipschutz was short equities at the time and had been pyramiding into a substantial position according to New Market Wizards. Then came the Granville Reversal. Joe Granville was a perma-bear and newsletter writer, who put out a call for a stock market crash in 1982. Then in a single session, the Dow went from down 30 points to up 20 points. And just like that the bottom was in and the bear market ended.

In three days, Lipschutz was wiped out.

This week, in our series of insights from Jack Schwager's Market Wizards, we look at Bill Lipschutz, who lost a substantial sum early in his trading, but was able to rebound. (Read our last piece aboutMichael Platt, a hedge fund manager overseeing more than $29 billion in assets.)

But Lipschutz remembered being even-headed about the loss. He reported to Jack Schwager that he "just saw it as one major mistake. I've always had a lot of confidence as a trader."

But that doesn't mean that Lipschutz just wrote off the $250,000 loss and didn't make any changes to his trading. As all the great traders do, Lipschutz became more focused on risk management

Here's what he learned from his loss:

What do you think of Lipschutz's learnings? Have any questions or recommendations? Put them in the comments below.

Posted by TopstepTrader on November 06, 2017