What I Learned in 11 Years of Forex Trading: New Funded Trader 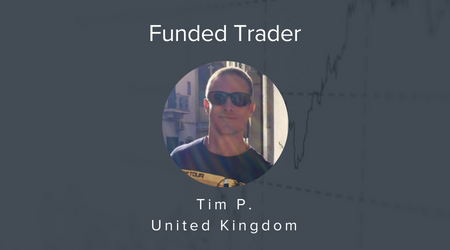 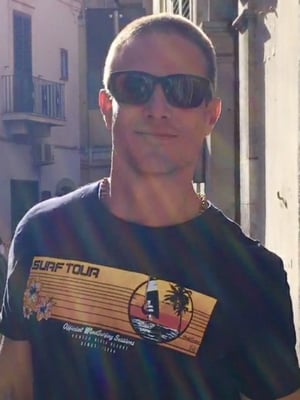 What do you see when you look at a price chart? Tim P. in the United Kingdom, TopstepFX’s latest funded trader, says that he sees human emotions. At first, he wondered at the ticker symbols as the crossed his television screen. But as he learned more, he was drawn to the psychology of trading.

“The financial side doesn’t really interest me as much as the prospecting,” says Tim. “You can track human emotions on a chart.”

So what does this student of human nature have to say about trading? Here are a few of his insights after almost 11 years as a trader.

According to Tim, you’re not really trading a currency when you get in a market.

Of course, it’s not just other people’s feelings you have to think about. Your own emotional reactions to events come into play, too. Tim learned that when he was trying to give up cigarettes. He realized that while he smoked less when he was trading, he was still looking for a cigarette every five or 10 minutes.

“I realized I was wired to that pleasure and reward, and I tried to find it either in the market or in the cigarettes. I had to stop seeking pleasure all the time,” says Tim.

This is not to say that once he had the revelation that he stopped putting himself in bad situations. Over time, however, he has gotten better at taking the profits he should.

Controlling your emotions may be the hardest lesson you’ll learn as a trader. Get tips on how to do it in “This is How You Avoid Trading on Tilt.”

“You’re not going to get trading in the first two years,” says Tim. “You need to go through a lot of market cycles to get the gist of it, so prepare for a long journey.”

He suggests looking at it like you might a marriage. When you marry someone, you’re in it for the long haul. But you and your spouse are always changing. To be successful, you have to grow with the relationship.

In terms of Forex trading, that translates into learning every day. Tim says you can never say you are on top of trading. The learning curve is always there. That’s one reason he recommends TopstepFX to everyone.

“Topstep lets you practice with what feels like real money and rewards you with live funding, so there is an end goal. Plus, being able to reset and restart for not terribly large amounts, gives you a lot of experience. You can weed out what’s not working and add in things that are. It’s invaluable,” Tim said.

Tim trades just two currencies: the British Pound vs. the U.S. Dollar (GBP/USD) and the Euro vs. the Dollar (EUR/USD). In part, EUR/USD’s liquidity attracted him. But he also decided to keep this sharp focus because of a metaphor a coach once shared with him.

“He said you can be more familiar with one or two ladies as opposed to 15 ladies,” Tim explains with a laugh. “That sort of stuck with me. I realized you do become a little bit more intimate when you focus on one or two.”

Tim says trying to trade multiple currency pairs usually means you end up chasing price. Watching just two, however, provides him with a deeper understanding of the market. He has a better feel for when prices are going to move and how to trade. That intimacy, he says, is his edge.

Less is more is also good advice in terms of leverage: “Less leverage gives you more time in the market, more time to think. It’s always good to have a little bit less — although I don’t always practice what I preach,” says Tim.

Tim isn’t the only forex trader who thinks focus is the key to success. Read more in “Funded Forex Trader’s Secret to Profits: Master 1-2 Major Pairs.”

Do you think you have what it takes to earn a Funded Account®? Start trading now.