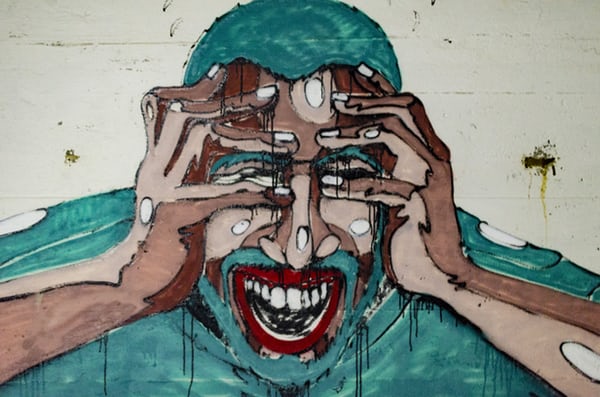 Since the first confirmed cases of Coronavirus were being reported out of China, we have done our best to keep you up to date on the latest developments. From the onset, we had a strong feeling this was actionable news for you, but we’re taking no pleasure in being right about it.

The timeline for the outbreak dates back to December 31 when Chinese officials alerted the World Health Organization (WHO) about a handful of confirmed cases in the Wuhan province. On January 11 the first death was confirmed. Now here we are, 2 months later, and the world’s gone to shit…

The virus has spread to every continent, except Antarctica, and the world's second largest economy (China) has come to a screeching halt. Trade restrictions have crippled global supply chains, travel bans are mounting and killing the tourism industry, schools and businesses are closing in an effort to curb the spread of the disease, and more than $5 trillion dollars has been pulled from global equity markets.

This is a mess, and the people we’re all looking at to clean it up don’t appear to have a clue. The New York Times actually reported that a group of federal officials met with quarantined american citizens in California without wearing any kind of protective gear, and then they were allowed to leave to move about the country. That’s NUTS!

Watching the panic selling put pressure on stocks should be enough to let world government officials know that people are taking this seriously. But, in New York, we’re hearing that medical officials are saying they’re unprepared for a pandemic. The virus testing kits provided by the Center for Disease Control (CDC) have proven ineffective, so they are presently trying to develop their own testing methods. This news does not alleviate our concerns.

Two months in and it’s pretty obvious that we’re not out of the woods. The fact is, and we’ve said this before, it’s going to get worse before it gets better. Trying to Identify the long term effects of this crisis are nothing more than pure speculation at this point. The best we can do right now is try not blow out trading this volatility.

In these market conditions, there will be another trade, so don’t sweat the losers and let the winners run!

If you want to take advantage of these big moves, then take a look at our Swing Trading Combine. You don't need to risk your own money to stay in the market, that's what we're here for!

Posted by TopstepTrader on February 28, 2020