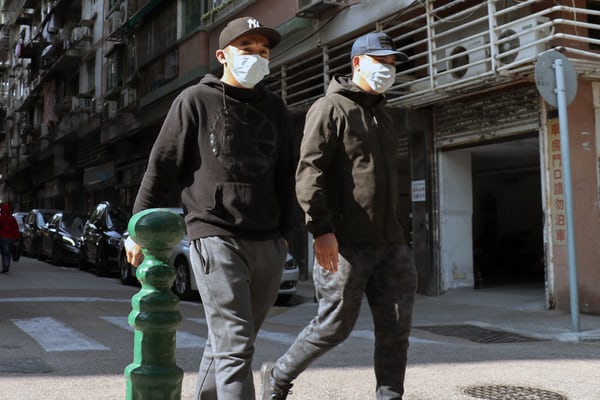 A Month Of Gains In The Blink Of An Eye

After weeks of tiptoeing around the gravity of the coronavirus outbreak, the markets have finally decided to start taking it seriously.

Panic selling is defined as “the action of selling off large quantities of a particular product or commodity due to sudden fears of a forthcoming decline in demand or drop in market value.”

Last Thursday we started to see a notable increase in volume and MOC sell imbalances. It became obvious that the news tracking algos had begun to attach to the virus headlines. After two days of taking advantage of the previously low volume, panic set in and the selling pressure mounted. Then, early Monday morning, we witnessed investors dump their equity positions and start piling into safe haven assets like gold and treasury bonds.

It took a mere three trading days to wipe out an entire month's worth of gains. If you tune into our live morning broadcast, you may remember hearing us talk about a market anomaly that the Stock Trader’s Almanac has been tracking for more than 50 years.

This seasonal tendency shows February as being the most lackluster month of the year, posting an average gain of just 0.2%. Well, this month has been anything but lackluster, and the way things are looking right now, we may see a net loss for February.

Due For A Pullback

There hasn’t been a correction of more than 10% in the S&P 500 futures since December of 2018. From last week's all-time high print at 3397.50 to Monday’s low, the S&P has dropped more than 5%. It doesn’t at all appear that the threat of the coronavirus spreading is subsiding, so another 5% is not out of the realm of possibility.

Anything more than a 20% move lower would no longer be considered a correction, but rather the start of a bear market. It’s still too early to start making calls like that, but it should be in the back of your mind.

And, not to add fuel to the fire or anything, but stocks in Thailand closed more than 20% below their all-time highs yesterday… Just saying.

With this huge spike in volatility, you should make yourself aware of the CME Groups policy on halting trading. The CME updates price limits for every product daily, you can use the link below to view them.

The Virus Is Spreading

Borders are being closed. Travel restrictions continue to mount. New confirmed infection cases are popping up everywhere, and most importantly, people are dying.

The rumors we heard a few weeks ago about doctors in Thailand having success curing patients using a mixture of anti-flu and anti-HIV drugs have fallen by the wayside.

Confirmed cases and death tolls in South Korea, Italy and Iran are on the rise, and unless someone figures out what the hell to do, it’s just a matter of time before it hits home. I’m not here trying to scare you, it’s just frustrating to see that efforts to contain the virus have obviously failed.

There is still no cure, but big pharma is on the case, and the race for the cure has been underway for quite some time now. Fingers crossed.

The threat of disruption to global supply chains is also a growing cause for concern. We saw Apple take a hit last week when it was estimated that first quarter revenue targets will be missed due to manufacturing problems and trade restrictions. These are serious issues.

Workers in China are still being sidelined and production is suffering. It is affecting everything from car parts to blue jeans. It was reported by the Wall Street Journal that the “Chinese shutdown could cripple global manufacturing and cost the world up to $1 trillion in lost output.”

China’s global exposure is huge. They are the largest exporter of goods and have the world’s second largest economy. We are presently witnessing the worldwide ripple effects this slowdown has caused.

Crude Oil is also bearing a large brunt of the asset shift. During Monday’s trade, West Texas Intermediate Crude Oil traded more than 5% lower, and is once again threatening to break below $50 per barrel.

Production cut negotiations between Russia and other OPEC members have gone nowhere so far. If a deal can’t be reached, and the market continues to get flooded with oil, it’s expected that prices will dip quite a bit lower.

I hate to say it, but I don’t think the worst is over yet. However, this type of price action brings a significant amount of opportunity to the table. If these market conditions are up your alley, then you might want to take a look at Topstep’s Swing Trading Combine. This account affords you the opportunity to hold positions over the course of a few days so you can take advantage of the bigger moves.

You can learn more about Topstep’s Swing Trading Combine here.

These are volatile times in the market, so stay informed, and always trade for tomorrow!