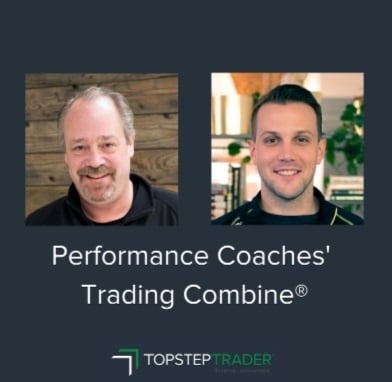 The Performance Coaches were patient today, staying away from trading in the morning when the market was wandering listlessly. As Crude Oil ($CLZ7) moved towards its floor close, it started to look like it might rally. The price broke back above $54.50, causing the Coaches to buy at $54.55. They were looking for a continuation, so had a close, 10-cent stop. Ultimately, that stop was hit, and the Coaches lost $103.68 on the trade.

If you want to follow the Coaches' trades on Twitter (@topsteptrader), you can use #CoachesCombine. Here's how we reported them today.

Total performance for the day, including fees and commissions: -$103.68. Balance is $50,649.49. For more, check out their Trading Combine dashboard below. 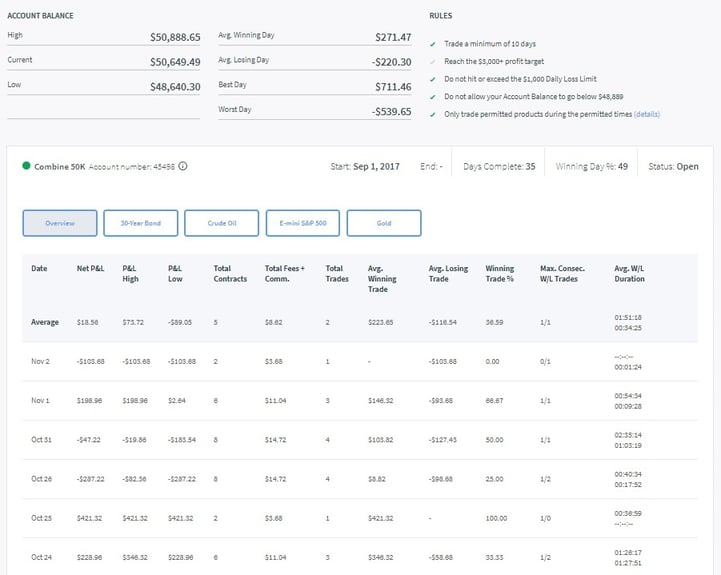 Posted by TopstepTrader on November 02, 2017