Contemplating Volatility in Your 2019 Trading Strategy

December 2018 saw a major surge in market volatility, with the S&P 500 plunging more than 14% at the bottom and the VIX jumping over 68% at its height in the month. While things have settled down some since the start of January, the spectre of volatility looms, everpresent, raising the question: how do you deal with it?

For many, the answer to that question is to counter with another. They assume if they can understand why there’s volatility, they can better manage risk and beat the market. The problem is that identifying the why associated with any given volatility surge, or attempting to predict volatility trends, particularly on a qualitative level, is notoriously tricky.

Take, for instance, the ongoing government shutdown. Given that it’s major public event and political flashpoint, a basic qualitative assumption might be that a shutdown, by introducing uncertainty, might fuel a more volatile trading environment. A quick glance at the VIX in December, as the shutdown began more and more inevitable before coming to pass, could be read as validation of this theory. At a minimum, given that the VIX doubled year over year, one could argue the shutdown certainly didn’t help. 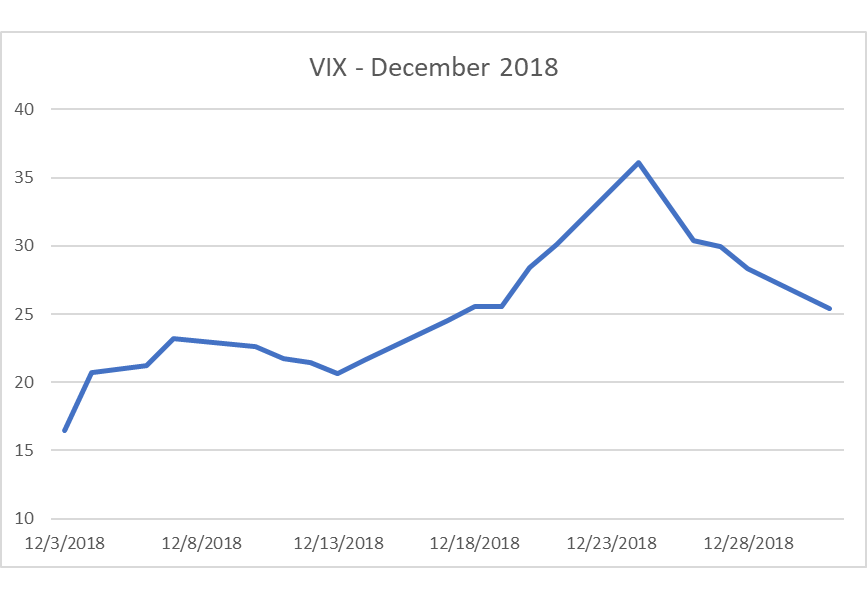 But hold on for just one second. That’s a pretty tepid level of correlation, and certainly not strong enough to be looked to for predictive value. That’s true for a few reasons.

Government shutdowns at the federal level are actually relatively new. As Dylan Matthews of Vox explains:

Government shutdowns are familiar to most Americans, but they’re a relatively recent development. They are the result of the Congressional Budget Act of 1974. Since then, Congress has failed to authorize funding for the federal government on 18 separate occasions.

The first six of those didn’t actually affect the functioning of government at all. It wasn’t until a set of opinions issued by Attorney General Benjamin Civiletti in 1980 and ’81 that the government started treating “funding gaps”— periods when Congress has failed to allocate funds for the ongoing functions of government — as necessitating the full or partial shutdown of government agencies.

In no case did the market see prolonged, correlated periods of volatility. Even now, during the second longest federal shutdown we’ve experienced, the VIX is falling.

The truth is that volatility and market performance have little to do with what many of us perceive as a major scale political event. As Pensions and Investments noted last year, equities in particular can and do perform in dramatically different ways to arguably similar “crises.” For instance, volatility spiked tremendously during the Watergate years, while equities soared during Clinton impeachment proceedings.

So while the shutdown will almost certainly have an economic impact, pointing to a political standoff as a driver of volatility is short-sighted. Has it had an affect? Perhaps. But during December’s uptick in volatility, there were a lot of other things happening, too. President Trump’s rhetoric stoked concern that the trade talks with China were in danger, while Crude Oil prices jumped in response to worries about production output. President Trump’s comments last night about a trade deal with Mexico may similarly affect market direction and volatility.

Notice a commonality between these issues? They all directly impact the markets. Even noting as much, determining the why behind volatility is never simple. We can probably come up with some ideas. Maybe we’ll be right. Maybe we’ll be wrong. But it’s that first question -- about how we handle it -- that matters a lot more, particularly in climates like the one we face today. As the good folks at Fidelity point out, volatility introduced by events like a shutdown are typically relatively short-lived and rarely generate major market moves.

Ask our funded traders how they handle such concerns, and you’ll get dozens of answers. Different people are going to have varied approaches, but the most consistent element among our most successful traders is simple: discipline. Volatility spikes can cause panic, whether you’re scared of a loss or have a fear of missing out. But stick to your plan, and you’ll be much more likely to make it out the other side of the storm than you will be if you try to create your own crystal ball.