What It's Like to Lose $16K in 2 Minutes Trading Forex 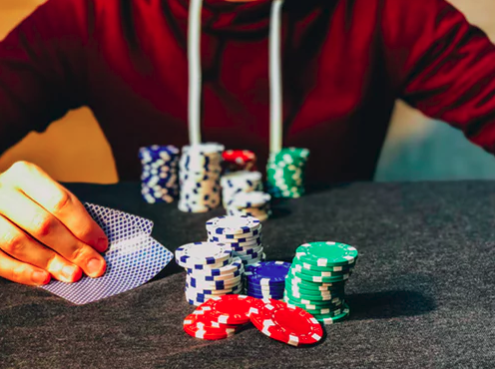 Two minutes later, I lost $16,000 — the $6,350 PLUS an extra $9,579.91 before my broker was able to liquidate the position. All of this was because of the British Pound Flash Crash caused by (what I would later learn) one fat finger trade and algorithms halfway across the world.

Here's what I learned about what it's like to get caught in a flash crash.

I wasn't actually monitoring my position minute-to-minute when the flash crash happened. Like most people in the market, I expected it to be a sleepy few hours. But I do check the market every ~15 minutes if I'm awake. The next time I logged in on October 6, my balance read negative. I wondered what was going on with my broker's system. Wait, GBP/USD's price is in a 1.18-handle? This can't be right.

Then, I start frantically searching the internet. What happened? What did I miss? Was there economic data? A Bank of England speaker? Is this right? Twitter confirms that the price just fell more than 7 cents, while some brokers have their recorded lows below 1.15.

Question for thought: Are there times that you know you shouldn't be trading, but do?

My first problem was that I forced a narrative on the market — namely that GBP/USD was over-sold. I was certain of it. (Looking back, history proves me "right.") I used that single fact to lead me to the conclusion that GBP/USD was due for a bounce.

In my market analysis, I saw that Gilts and U.K. equities had rebounded since Brexit, but the currency kept sliding. At some point there was value... but why I thought it was October 6, I don't know. There was no outside impetus for the move.

The market can be irrational longer than you are solvent. And certainly this time it was.

Question for thought: Do you take short-term trades based on long-term analysis?

The market is not out to get you

One of the first thoughts that crossed my mind was, "OF COURSE!"

By that, I meant, "Of course this happened to me. I couldn't have been short the market and this happen. Or the fat finger couldn't have pushed the price of Sterling higher. It had to happen this way."

But no one in the market knew that I had taken a position. That position could've been 1,000 times larger and no one would notice. The market is just bigger than any one of us.

Question for thought: Do you ever blame the market instead of taking responsibility?

Bad luck, but not blameless

I got caught in an unpredictable event, but I made a lot of mistakes that day. Once my shock subsided, I could think of 20 ways that I could have prevented my losses.

I barely had a first plan.

Why was I in a max leverage position overnight? Why was I in the trade at all at that point? If my stop was closer, would I have been stopped out before the drop?

This wasn't second guessing. This was clear questioning at an attempt to get analysis. If I had a 20-pip stop on a well-sized trade and a clear rational for placing the trade at that exact point in time, then this may not have happened.

Then again, it still may have. I could've gone long half as much and still lost all the equity in my account. But in the market we assume a certain level of risk. Bad luck happens.

Question for thought: What are the things that could possibly go wrong in your trading?

The only light at the end of this tunnel was that FXCM, my broker, had a policy of negative balance protection. That meant that it forgave negative balances as a practice. So while this trade ended up costing me my whole balance of $6,350.72, that was all I lost. I did not have to repay the $9,579.91.

Of course, this wasn't good will. Forex brokers know that their leverage is generally so extreme that most traders lose money. They promise that you can trade with just a few thousand dollars. To do that, they have to ease concerns — and negative balance protection is the way they do it.

Question for thought: Do you have enough of a cushion in your trading account to absorb a large loss?