After The First Half Of 2020, There Is No Normal Anymore 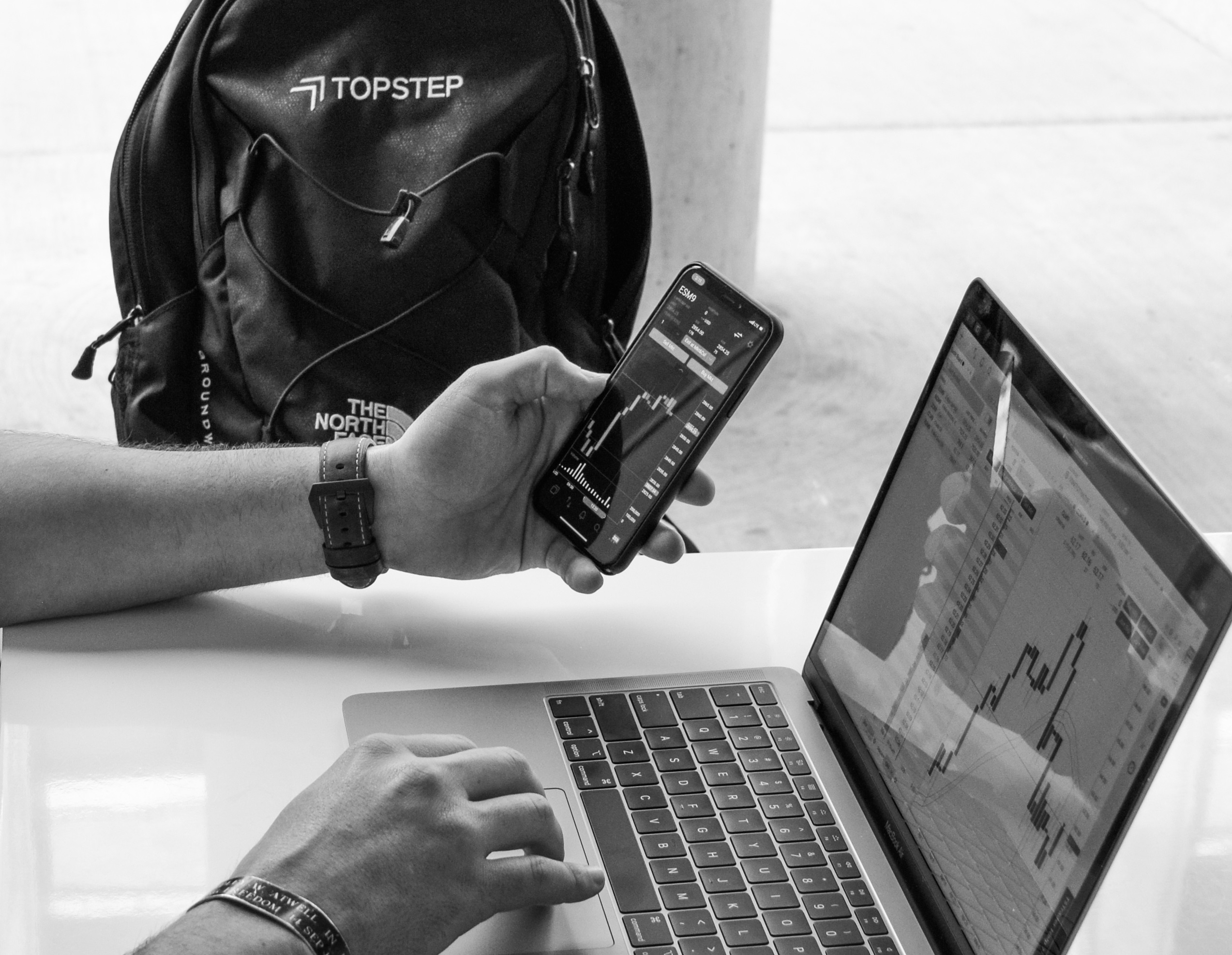 The world is getting a facelift in 2020, and there is no “normal” anymore. Everything is changing; from how and where we work to the way we shop and eat. Many of the things we took for granted just a few short months ago, like going to school or meeting friends for a night out, will never be the same again. And while the COVID-19 virus itself could be gone and forgotten by this time next year, the systemic changes that will ultimately evolve in its wake will reshape the way we think and how we interact with each other for many years to come.

Before we dive into some of the key events that helped shape the first half of 2020, we would first like to acknowledge all the many members of the Topstep community who used these past few months to take on the challenge of professionalizing their trading.

In the early stages of the pandemic, we recognized that millions of people were sitting at home with nothing to do, and wanting to learn a new skill. Topstep responded by delivering a hands-on trading education experience, complete with a practice trading account and real-time exchange data to allow traders to test their trading strategies against real market volatility.

The response to this program went beyond our expectations, and we’re excited to share that so far this year we have funded more than 2,600 trading accounts, and as of today our Funded Traders have withdrawn more than $825,000 from their Funded Accounts! (You can learn more about becoming a Topstep Funded Trader here.)

We’re so proud of the hard work our traders have put in this year, and we remain committed to making Topstep the place the world goes to safely engage in and profit from the financial markets.

Q1 Was Rocky From The Start

So what the hell happened? How did we get here? 2019 was another record-breaking year for stocks, and the economy was booming. I mean, it’s just plain irresponsible to blame everything that’s happened on “Mercury in retrograde,” but there must be a reason or a source for blame, right? The truth is, it was an unfortunate and overwhelming chain of events that exposed the underlying weaknesses of the global economy and eventually led to a near-total collapse.

January started with a bang, literally. A U.S. drone strike killed a prominent Iranian military official, and Iran’s subsequent retaliation, which included shooting down a commercial airliner, dominated headlines for the first week of the year. Next came the impeachment trial of President Trump, and while our newsfeeds were being inundated with civics lessons from aspiring e-barristers, reports of the spread of a new strand of coronavirus were quietly starting to leak out of China. We got our first taste of panic selling on January 24 when the S&P 500 futures (ES) dropped 3% in just two trading days. Oh, and Brexit finally happened too.

February started strong, with the ES rallying 9 of the first 12 trading days, while Chinese stocks were trading at their lowest levels since August 2015. China has the world’s second-largest economy, and as their mounting list of problems continued to grow, the effects were starting to hit home for the rest of us. Up to this point, the ES had printed 19 new all-time highs and was up 4.6% for the year. By the end of the month, the virus had spread to every continent (except Antarctica), and fear took over. Panicked investors forced the ES to drop more than 13% from its all-time high and close out the month down more than 9% for the year.

March started with the Dow Jones recording its largest single-day points gain in history. The very next day the Fed announced a surprise 50 basis point rate cut (the first of two for the month), its first unannounced rate cut in over a decade. During the 22 trading days of March, while the U.S. economy was shutting down and shelter-in-place policies were taking effect, the ES maintained a daily average true range of 197.50 points as the VIX climbed above 80 for the first time since the 2008 credit crisis. The ES ultimately dropped more than 36% from the all-time high, and the historic 11-year bull market came to an end. On a high note, the low was in, and Congress passed a massive stimulus package to help bolster the economy.

Q2 Shone A Light On The Markets Resilience

April threw us a few more curveballs. Lack of demand and a shortage of storage space in the Midwest forced Crude Oil futures prices to turn negative for the first time in history. The production standoff between Russia and OPEC didn’t help much either. And while all eyes were on Crude Oil, stocks were quietly having their best month in decades. As unemployment skyrocketed to 14.7%, the relief package passed in March was starting to bear fruit. Americans were receiving their payments, additional aid for families and the unemployed alleviated some of the burdens on consumers, and the ES rallied to close out the month up 33.6% from the March low!

May continued the push to recovery. While the unemployment rate was at its worst level since the Great Depression, stocks roared back and the economic outlook steadily improved. There was no question that it was time to start figuring out how to get people back to work as safely as possible. State and local governments began introducing plans for reopening in phases on a region-by-region basis. The phasing system was met with optimism and was validated when the May jobs report showed the U.S. economy added roughly 2.5 million jobs when it was expected to lose another 7.5 million. By the end of the month, all 50 states had plans in place for a full reopening and were actively working towards that end.

June kicked off with the ES trading higher 4 of the first 5 days. Then the Fed stepped in once again to pour some cold water on the markets by announcing that they expect the unemployment rate to close out the year somewhere around 9.3%. On top of that, spikes in new Covid-19 cases started popping up in cities across the country, and local governments began slowing down their reopening plans. Stocks fell flat after that, except for the tech sector, the Nasdaq in particular, which forged ahead to post its best quarter in history. Even with new virus fears on the rise, the economy was still able to add another 4.8 million jobs in June, dropping the unemployment rate to 11.1%, and the ES closed out the month up +2.3% month-over-month and up +42.7% from the March 23 low.

Well, we learned that in a few instances, global supply chains were only as strong as the healthcare and safety systems put in place at key manufacturing and shipping hubs (think about the shortages of masks, ventilators, and other healthcare supplies early on). This will more than likely lead to an uptick in state-sponsored healthcare services, and will undoubtedly force more and more local governments to rethink their preparation strategies for future pandemics.

We learned that working from home is not all that bad. Noted, not every job can afford this benefit, but we did get a much clearer picture of the difference between essential and non-essential roles when it comes to face-to-face interaction. Another popular topic of conversation is currently centered around how distance learning and home-schooling will evolve once people discover just how flexible their jobs can be.

We learned that federal stimulus works. Based on recent consumer confidence numbers, it would appear that economic relief put directly into the hands of consumers has proven to make a compelling case for universal basic income, or at least another round of stimulus while the unemployment rate is still high. When people have money, they spend it, and that’s what keeps the wheels turning.

Are You Ready For What’s Coming?

If you have been following us for a while, then you’ve probably heard us talk about how the markets continue to provide new opportunities every single day. With the presidential election season upon us, there’s no doubt that we will be faced with even more challenges in the coming months, and those challenges will most likely create market volatility.

Topstep is here to provide you with a safe experience for learning how to manage a trading account like a professional risk manager. We know there are a lot of other prop firms out there, but not many of them have provided funding to more than 2,600 traders so far this year! You have a passion for the markets, that much is obvious; it doesn’t matter if you’re a day trader, a swing trader, a futures trader, or a forex trader, prove to us that you can profit and we’ll let you trade our money. If that sounds good to you, then click here to learn how you can become a Topstep funded trader.