How David Tepper Made $7-Billion Calling the Bottom 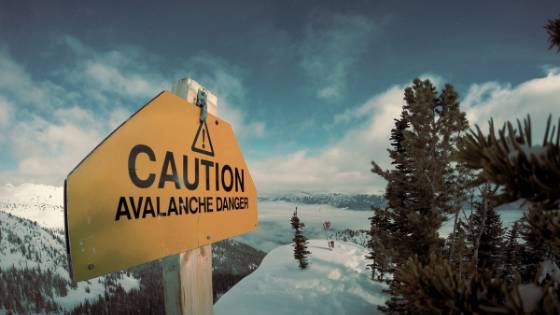 Is it possible to be a middle class billionaire? David Tepper would certainly like you to think so. On one hand, he lives in a relatively modest home in New Jersey — then again, he also claims a $50-million mansion in the Hamptons and owns the Carolina Panthers.

He’s unabashedly crude, but actively philanthropic. Many see him as a god-like figure in the world of trading, while others think he's just an “a**hole.” What no one can deny, is that David Tepper is pretty damn good at picking stocks.

Today's installment of the 7 Greatest Trades of All-Time, explores how Tepper made $7-billion buying distressed financial assets in the depths of the Great Recession.

Sitting in the middle of one of the longest equity rallies of all time, it’s hard to believe that only a decade ago the whole system seemed primed for collapse (Although we did get a slight taste of some wild market volatility last week).

What became known as the Great Recession, looked a whole lot like an impending depression and the end of the global financial system as we knew it at the time. The collapse of Lehman Brothers and the ensuing chaos in the markets was unlike anything the world had seen up to that point.

People were suddenly concerned about things they had once been told were impossible — that ATMs would stop dispensing cash, that gold, guns and seeds would soon reign supreme. Perhaps the latter sentiment is a bit dramatic, but you get the picture.

By March of 2009, the S&P 500 had lost roughly 50% of its value. If you were around back then, you remember the sense of dread. Over the course of six months, sellers took out level after unthinkable level.

At the time, picking the bottom in stocks, especially the battered financial sector, seemed to be an exercise in madness if not outright self-harm. But as David Tepper once explained: "the worse things get, the better they get — when things are bad, they go up."

Everything always looks best at the top, and worst at the bottom. This was certainly the case in early March of 2009.

Whereas others saw the end of the world unfolding in real time, Tepper sensed the opportunity of a lifetime. The founder of Appaloosa Management saw no reason why the government would backtrack on its promise to shore up the sputtering financial sector with a massive infusion of capital.

“The point is, markets adapt, people adapt. Don’t listen to all the crap out there,” Tepper said.

Seeing the recovery of the major financial institutions as inevitable, Tepper purchased distressed bank assets for cents on the dollar. He did not dabble either; the huge investments he made in Bank of America and other downtrodden companies netted his investment firm $7-billion.

Thanks to the miracle of waterfall profit distributions (well, for fund managers at least), Tepper himself made $4-billion, which isn’t a bad pay day for betting that stocks would eventually revert to their multi-decade, uptrend.

The best trades are made with incredible conviction. At the depths of the Great Recession, the loudest pundits called for everything from deflation to hyper-inflation, but Tepper made billions by trusting mean-reversion at the most macro level.

Introducing Tepper to the hedge fund movers-and-shakers at the SALT conference in Las Vegas back in 2014, Anthony Scaramucci (yes, that Anthony Scaramucci) said: “If you had put a million dollars with David Tepper when he started Appaloosa 20 years ago, it would now be worth $149-million net of fees.”

The reason we bring this up is to reiterate that Tepper is no “flash in the pan”  money manager who happened to hit it big with a single trade. He is an anomaly. A trading legend. Someone who should not exist according to traditional financial wisdom.

People should not be able to beat the markets — but somehow David Tepper managed to do it for over 2 decades.

Good luck. The truth is, there are not many people out there who will ever be able to replicate the success of David Tepper. But, if you are looking to try:

"I was never afraid to go back to Pittsburgh and work in the steel mills."

To be a great trader, you need to be fearless. The best trading opportunities occur when all the other players in the market are scared, handcuffed, maxed-out or backed into a corner.

Now, the HARD part — the part that takes years of practice and discipline — is not getting wiped out while pursuing a strategy you 100% believe in. Capital preservation is key not matter what your level. What separates your average trader from the David Teppers of the world, is the ability to ferociously attack opportunities while still covering your rear end.