3 Things You Need to Know About Trading October

Posted by TopstepTrader on September 29, 2019 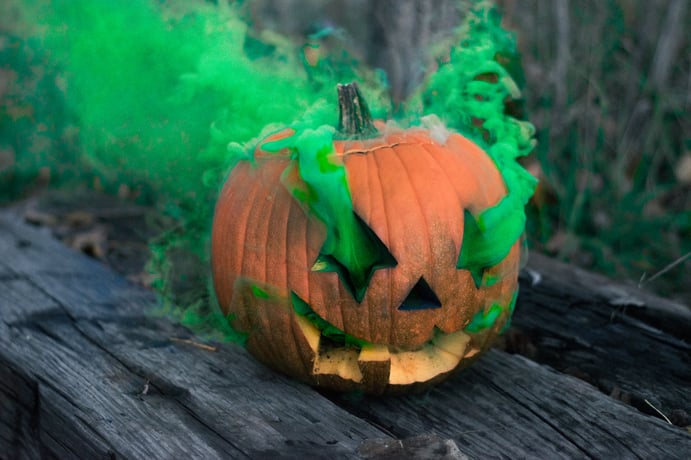 Have you heard of the "October Effect"? It's the phenomenon suggesting that markets tend to be more volatile in October compared to other months. There is some debate as to whether the effect really exists—however, just last week Goldman Sachs urged investors to prepare for a wild month, noting that "stock volatility has been 25% higher in October on average ever since 1928."  Here are 3 things to keep your eye on between now and Halloween.

Part of the reason the "October effect" gained so much traction is because many of the most devastating stock market crashes of all-time occurred during the month.

The Panic of 1907: Shaky economic conditions exploded into full-on bank runs for a three-week period in October of 1907. A failed attempt to corner the stock of the United Copper Company plunged the detonator and triggered a massive liquidity crisis. The NYSE lost 50% of its peak value. Eventually J.P. Morgan himself had to step in and shore up the financial system with his own money. This ordeal eventually led to the creation of the Federal Reserve.

Wall Street Crash of 1929: The Roaring Twenties ended in spectacular fashion in late October of 1929 when the Dow Jones Industrial Average plunged 25% over a 2-day period and left heavily-leveraged speculators holding the bag (though a few of them made an absolute killing). This crash is especially iconic because it ushered in the Great Depression in the United States.

Black Monday (1987): To the untrained eye, daily stock market returns may appear to follow a normal distribution, but October 19, 1987 demonstrated why this is certainly not the case. The Dow dropped nearly 23% in a single day. If daily returns were indeed normally distributed, this would translate to a 20 sigma event —or less likely than the odds of winning the Powerball lottery, picking a random molecule of air out of Earth's atmosphere, then winning the Powerball twice more. It turns out that the tails of the true distribution are quite a bit "fatter" than normal.

Let's start with the obvious: October 31 is the "deadline" for the U.K. to leave the European Union in the cultural phenomenon known as "Brexit." A "hard" or "no-deal" Brexit (in which Britain leaves the EU without a trade deal) seems unlikely, as parliament has passed laws specifically preventing it. However, the unpredictable has become commonplace throughout this entire ordeal.

Speaking of which, the Trump administration in the United States has found itself in a precarious position. The Democrat-controlled house is barreling toward an impeachment vote, and though the Republican Senate is unlikely to convict, this Ukrainian whistle-blower scandal is going to be front-and-center for the foreseeable future.

Between the impeachment inquiry, the ongoing trade war with China, and the conflict between Saudi Arabia and Iran, the market landscape going forward is anything but certain.

As mentioned earlier, Goldman Sachs is predicting a wild October. The Wall Street behemoth attributes the month's persistent volatility to investors and companies managing their performance targets ahead of years end.

Market action is likely to taper down during the Holiday season, and though this certainly was not the case in 2018, it makes sense that participants would begin adjusting their holdings while instruments are still liquid.

So keep your eyes on the news and don't get caught fading the big moves that may well just be starting. These October markets are no place for wishful thinking.